Vagabonds to Icons: What It Means to Climb In Yosemite

For climbers hoping for a taste of true adventure, there’s still no more important place than Yosemite Valley. There, nature musters a vast array of challenges, from the crack climbs of Glacier Point and the Merced River Valley to the startlingly sheer rock faces of Half Dome and El Capitan. For over a hundred years, Yosemite has been a proving ground for climbers eager to test their will and strength against its formidable granite walls. 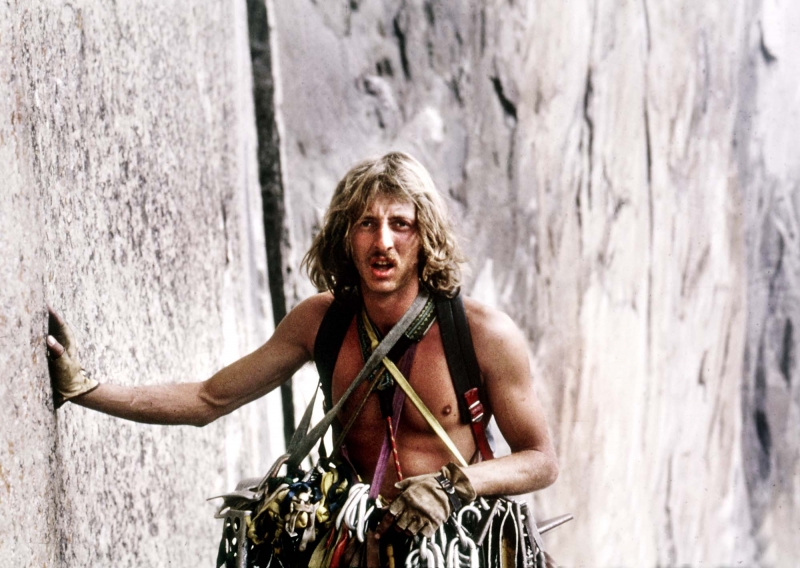 Wener Braun on El Cap — Photograph by Jim Bridwell, Courtesy of the Yosemite Climbing Association
Available in a variety of sizes | From $375 to $1500*

But while Yosemite remains hallowed ground for climbers of all abilities, it’s also paid witness to  vast and rapid changes within the sport of climbing. In 1958, a group led by Warren Harding—no, not that Warren Harding—made the first ascent of El Capitan’s sheer face after 45 days of climbing spread out over 18 months spent hammering in pitons and stringing fixed ropes to ledges that they used as supply camps along the route. In 2017, Free Solo’s Alex Honnold climbed El Capitan in a blistering 3 hours and 56 minutes, becoming the first person to “free solo,” meaning with no rope or safety equipment for protection in case of a fall. 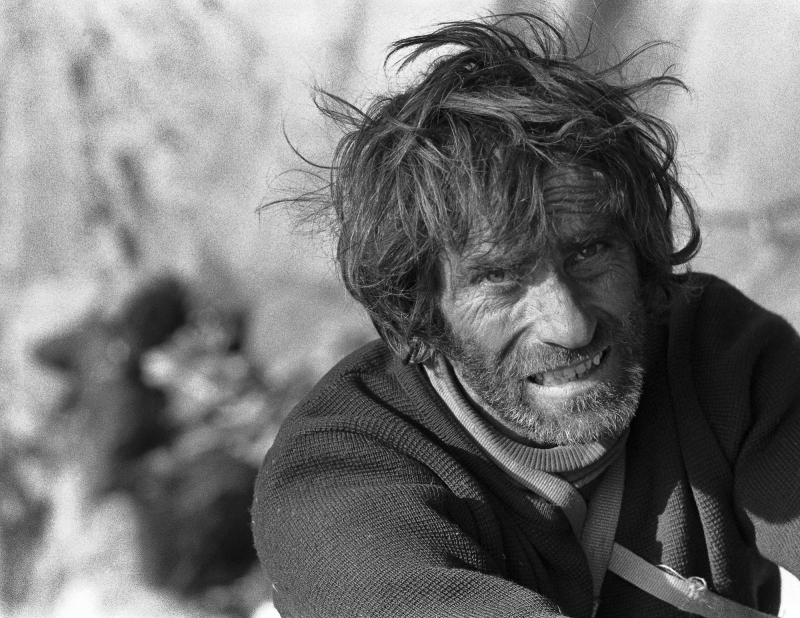 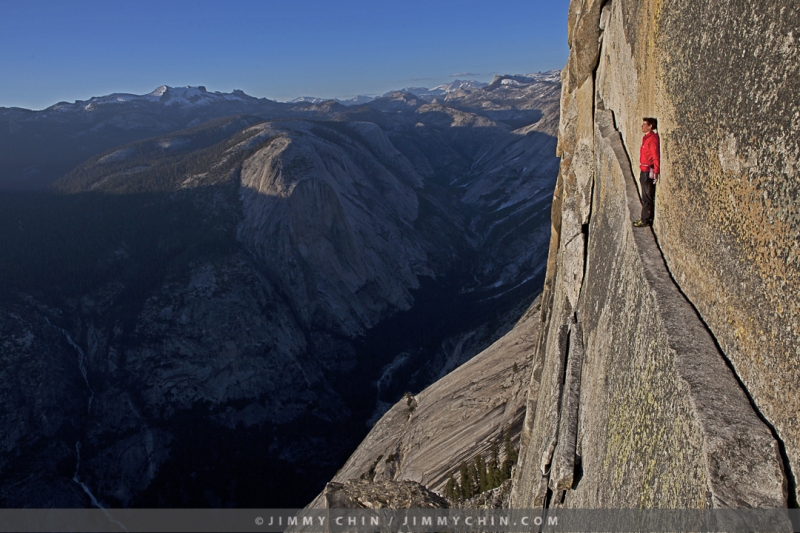 But as dedicated climbers push the sport ever upwards, shattering records and challenging our very sense of what’s possible, what remains of the rich history that came before?

Ken Yager is determined to answer that very question. In his capacity as President of the Yosemite Climbing Association, he’s dedicated to preserving and protecting the rich history of climbing in the valley—in particular, the unique culture of mentorship and camaraderie that defined his experience as a climber and outdoorsman.

As Yager puts it, “Climbing gave me a purpose during my younger years. It kept me out of potential trouble.”

After making his first climb at just 12 years old, he read voraciously about the feats of the climbers who came before him—Jules Eichorn, David Brower, Jim Bridwell, Bev Johnson, Yvon Chouinard, and especially Warren Harding, the hero of El Capitan. So imagine his surprise when, on the day after his sixteenth birthday, his second day as a licensed driver, Yager stopped to pick up a hitchhiker and realized he had none other than Warren Harding himself in his passenger seat. Yager was ecstatic. “As a kid, you know, you think of these people as gods.” But despite his stature in climbing legend, Warren shared Yager’s passion for the sport, and the two quickly became climbing partners and friends. To Yager, that’s what makes climbing so special.

“Most climbing areas have many climbing routes of different difficulties, some substantially easier than others, so if you get out there often enough, you don’t have to be a good climber to meet these upper-tier climbers.” It’s as though, he laughs, “you go and shoot baskets at your local court, and Magic Johnson or Steph Curry come over.” — Ken Yager

Climbing photographer Dean Fidelman agrees. Though months of planning, training, and study can go into a single climb, his photographs showcase the serendipity and joy of climbers doing what they love best: spending time outdoors. “When I first started making my photos,” Fidelman recalls, “it was just photographs of my friends.” 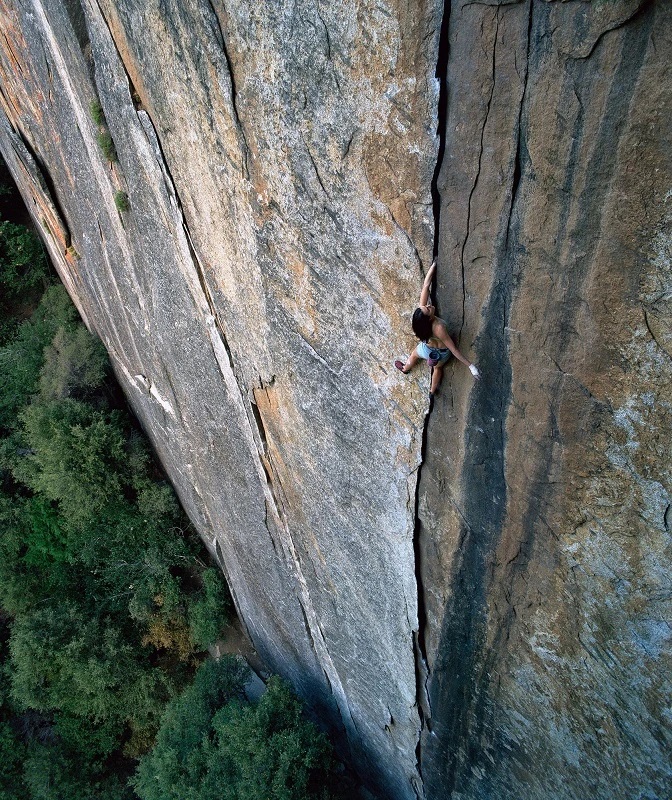 His photo of Corbin Usinger playing on a high line above Taft Point demonstrates that serendipity and joy. Though posing on a high line thousands of feet in the air might sound like a harrowing feat, to Corbin, it was an irresistible challenge. As Fidelman recalls: “Dean Potter and I had put in that high line, and Corbin showed up, and just started playing out there on the line.” Sensing that the opportunity to make a perfect photograph had fallen into his lap, Fidelman abandoned his plan for the day and just started shooting. “I was out there probably to make more photographs of Dean [Potter], but Corbin was just feeling the line. There was nothing in mind beyond enjoying what was going on.” 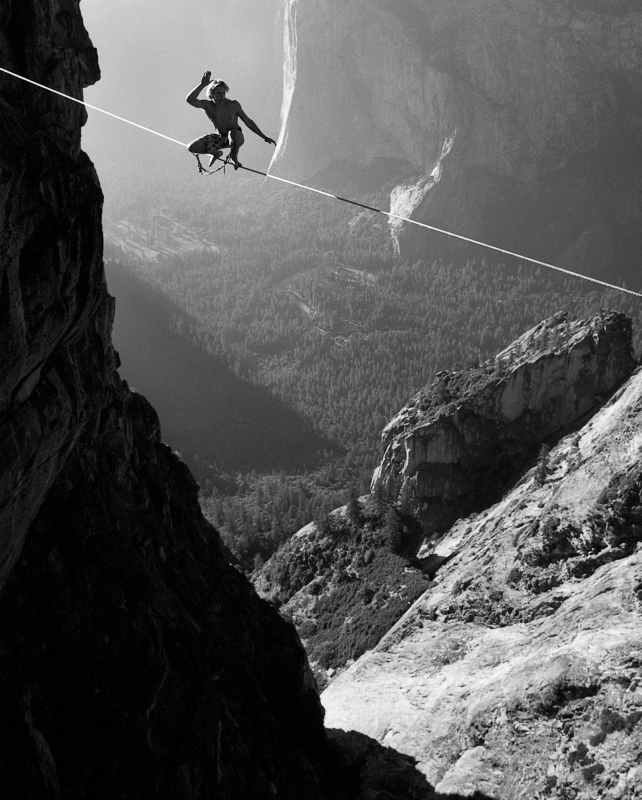 Corbin Usinger, Taft Point — Signed Photograph by Dean Fidelman
Available in a variety of sizes | From $285 to $650*

Though it’s easy to imagine the spirit of Yosemite climbing as one of daredevilish, boundary-pushing feats of athleticism and bravery, the truth is something far more profound: an enduring love of nature and of a community that stewards it. As Yager puts it, the experience of climbing is one of “using the outdoors more or less in their pristine state.” Knowing Yosemite’s rock faces as intimately as a skilled climber does—each foothold, crag, and ridge as familiar as one’s own body—it’s impossible not to deeply respect the wildness of these places.

As legendary climber Dean Potter once said, “More and more, people seem to be separating from nature. I’m trying to go in a different direction. I’m getting closer and closer.” 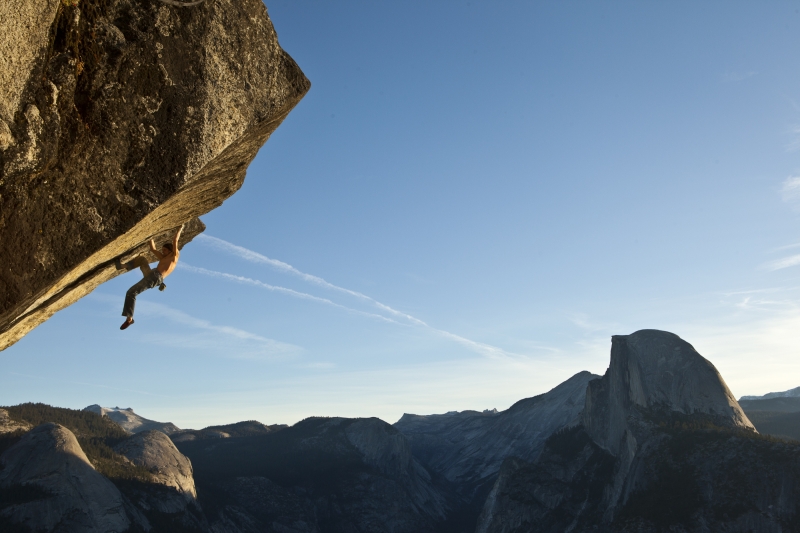 Though Dean Potter passed away tragically in 2015, Fidelman recalls one memorable day with his friend in Yosemite, the place Potter loved best. While enjoying the solitude and sunlight in El Capitan Meadow, Potter uncovered the body of a great blue heron, which had been naturally mummified by the dry heat. Both a climber and an enthusiastic base jumper known for his grace in the air, Potter felt an immediate kinship for the heron. Without losing a second, Fidelman began shooting portraits of the bird—which they named Willard—posed beside Potter in the shade of a large oak tree.

“You never know when you’re going to make some of your most beautiful photographs, but if you give yourself the opportunity and stay aware, you can make images that encapsulate that place, that person, that moment.” — Dean Fidelman

As the crucible in which so many legendary climbers are forged, Yosemite is full of these moments, and the art of climbing photography is in capturing them. As Ansel Adams wrote in his Autobiography, “No matter how sophisticated you may be, a large granite mountain cannot be denied—it speaks in silence to the very core of your being.” The enduring art of climbing photography is a powerful testament to the truth of his words.

*A portion of proceeds from this exhibit will go to The Yosemite Climbing Association. Help us support the effort to continue preserving and sharing the stories of climbing culture in Yosemite National Park!

View the entire exhibit “Vagabonds To Icons: Photographs of Yosemite’s Climbing Revolution,” on display until August 22, 2020. 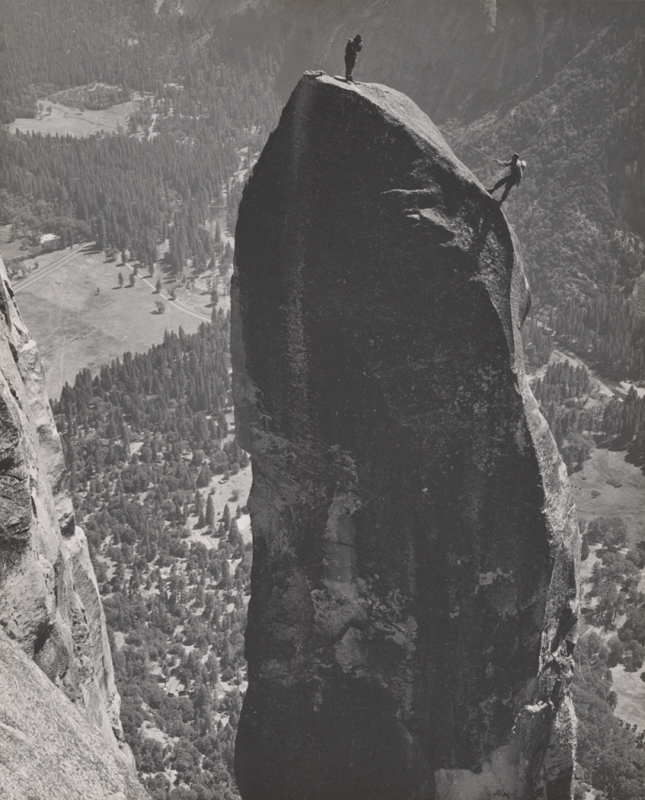