The Ansel Adams Gallery will be hosting our new exhibition “Vagabonds to Icons: Photographs of Yosemite’s Climbing Revolution” in Yosemite Village when the park reopens with works by Ansel Adams, Glen Denny, Tom Frost, Dean Fidelman, Corey Rich and Jimmy Chin among others on display. 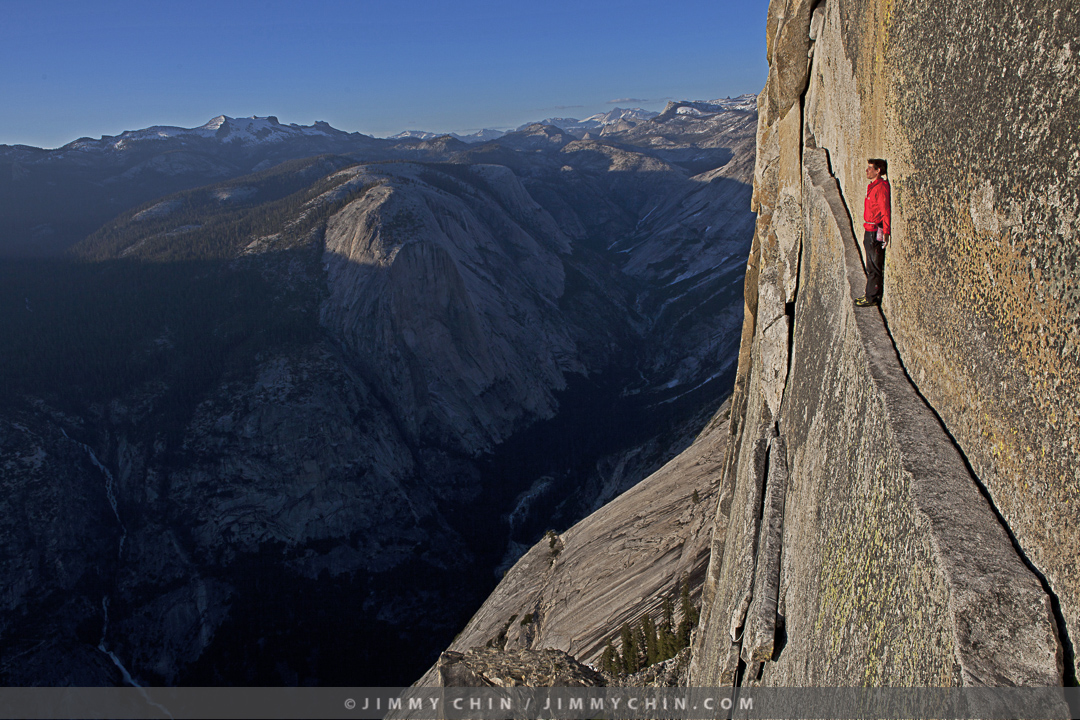 The photograph is evidence and experience. Within each frame is an introduction to the curious bits of life that until then, were impossible or incongruent. From its inception, photography has been a witness to any number of such events, from the horrors of war, the revelation of the wild and rugged West, glorious sunrises, to the red landscape of Mars and the nebulas beyond.

But back here on Earth, photography has exposed yet another seemingly impossible facet of human experience: our journey Up! In Yosemite, this journey began in 1934 when climbing pioneers Jules Eichorn, Richard Leonard and Bestor Robinson made the first ever major technical ascent in the hallowed valley on Higher Cathedral Spire – and a camera was there to document it. Four years prior, Eichorn had attended The Sierra Club’s annual Summer Outing, which in 1930 took place in the Kings River region of the Sierra (now Kings Canyon National Park). That July, Eichorn and others made several ascents of the dominant peaks of the region, with their summit of The Hermit documented in a photograph by a young and unknown Ansel Adams. Dabbling in the genre, Ansel would go on to photograph another true first ascent in Yosemite in 1947 when John Salathe and Anton “Ax” Nelson topped out on The Lost Arrow Spire concluding five days on the wall.

From there, new climbers setting new routes and records would follow, and so would the photographers. In many cases, the climbers were their own photographers. In the 1960’s, among a brethren of wayfaring social iconoclasts gathering in Camp 4, Glen Denny and Tom Frost photographed many of the earliest ascents of Yosemite’s most famous climbs. As they concurrently navigated the sheer topography of Yosemite’s granite, they chronicled with their cameras more than just a mere record of the heretofore impossible; they revealed a new harmony in living up to and beyond the impossible. Throughout the intervening decades, climbing has continued to expand its prowess and appeal, pushing the boundaries of the human limit — an apex today embodied by Alex Honnold’s iconic free solo of El Capitan. And of course, Jimmy Chin, and his cameras, were there for evidence and experience.

Please join us in celebrating this dizzying and historical body of work from the relentless and fearless few who have shared with us the experience of the unthinkable.