Ansel Adams captured this phenomenal image of “Unicorn Peak, Thunderclouds” with his medium format camera around 1967 in late spring or early summer. He was sixty-five at the time, and was hiking across Tuolumne Meadows with his Hasselblad when he discovered this view. At the time, heavy snow still swathed the granite peaks of the Cathedral Range south of Tuolumne Meadows. Quite unusual for this time of year, the billowing thunderclouds piled high above the peak indicate that Ansel must have taken the photograph on an exceptionally hot day with heat creating massive evaporation to form the clouds.

Beneath this epic cloud formation sits Unicorn Peak, swooping upwards to touch the weathered sky. Ansel referred to peaks such as this in the Sierra Nevada as “sculptures of stone.” 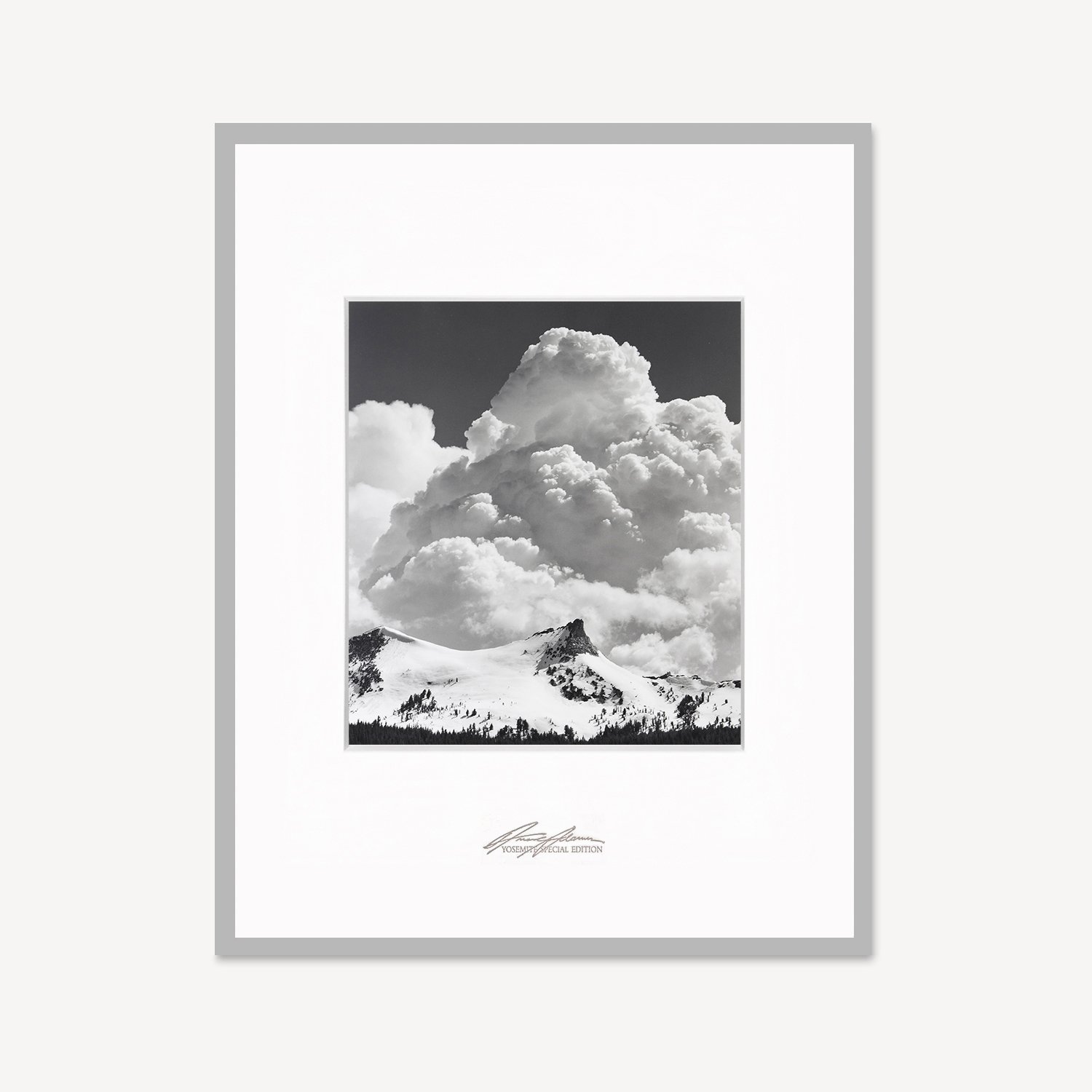 For many years, Ansel led photography workshops in Yosemite. Each June, hundreds of students would arrive for the two-week sessions. The workshops often visited the high sierra and Ansel may have captured this image during a workshop excursion, using it as an example of visualizing a subject from concept to print. The Ansel Adams Gallery continues the tradition today, offering multi-day immersive workshops located in the heart of Yosemite Valley. 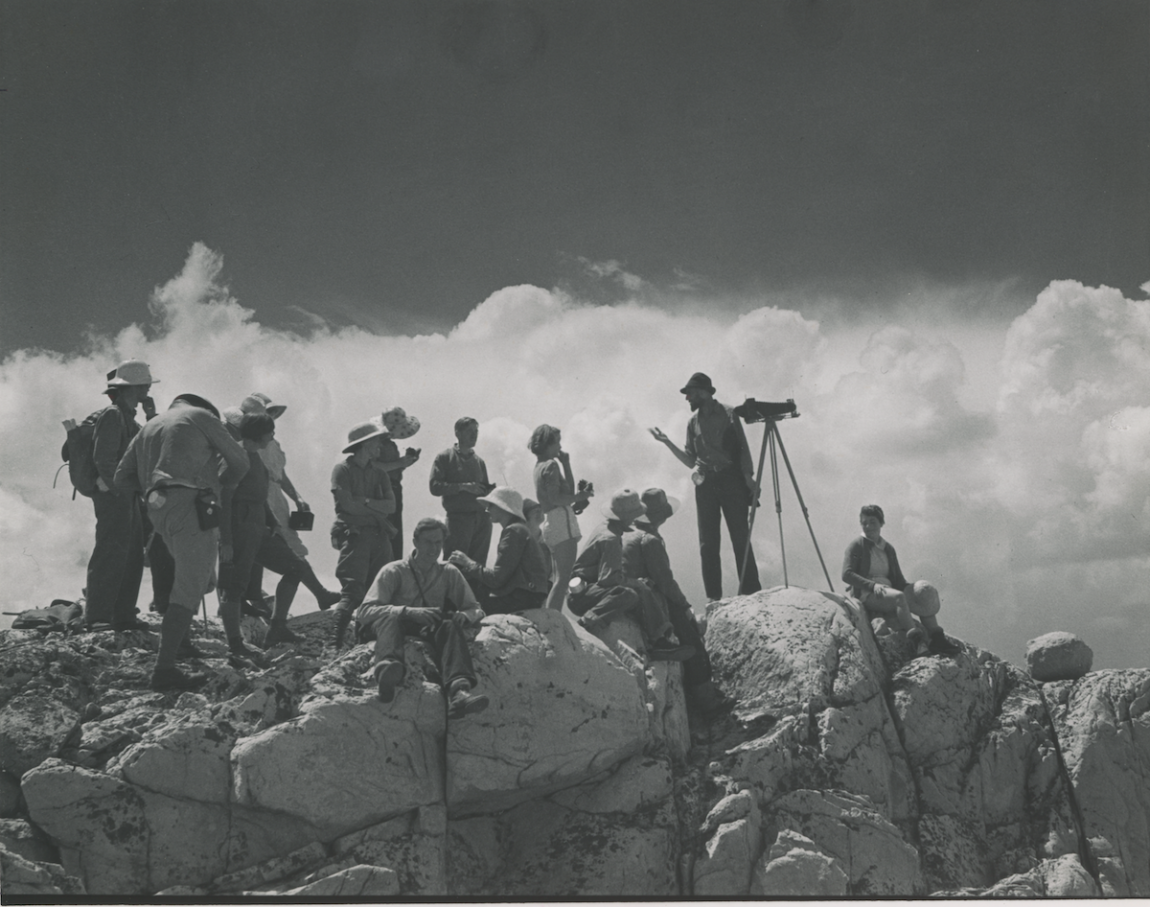 “Unicorn Peak, Thunderclouds” is available as a Yosemite Special Edition Photograph, a hand-crafted gelatin silver print from Ansel’s original negative. Yosemite Special Edition Photographs are the closest photographic reproductions to Ansel’s original masterpieces, painstakingly handcrafted from his negatives by former assistant Alan Ross. Alan Ross worked under Ansel’s direct observation from 1975 until 1984, and has been producing the series in accordance to Ansel’s instructions ever since. Each silver photograph shimmers with brilliance, with richly perfected black and white tones.

From a selection of 25 stunning images of Yosemite, each Special Edition Photograph is printed in 8×10 inches and authorized by the Ansel Adams Publishing Rights Trust. With professional framing available, this photograph ranges in price from $325 (mounted and matted) to $650 (framed).