MENUMENU
Ansel Adams, Family, and Friends, Story Behind the Image

A Visual Incentive to Protect our High Country Meadows

In 1930, Ansel Adams ventured to Yosemite’s high country and photographed “Sierra Meadow,” a work of art that depicts the lush beauty and intricate flora of a garden-meadow. The wildflowers in Ansel’s photograph glow with a luminosity made through a soft focus lens, a technique Ansel almost entirely abandoned five years earlier. Though “Sierra Meadow” does not illustrate the high contrast and sharper style of Ansel’s more well known photographs, it was a piece that remained close to his heart for the rest of his life. 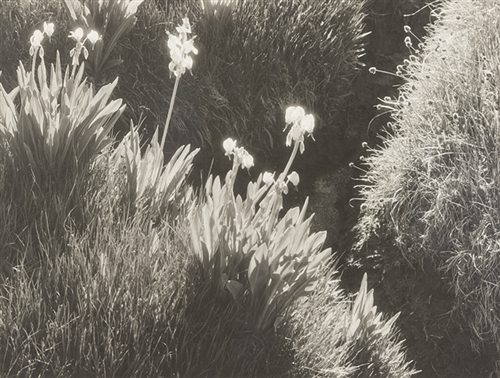 As lovers of nature and beauty, how can we interpret “Sierra Meadow” as a source of inspiration today?

Yosemite’s high country meadows have become increasingly overrun with visitors each year. Particularly in the summertime, who wouldn’t want to bask in the sublime beauty and cooler climates of the Sierra? Undeniably beautiful, the meadows evoke a natural simplicity, yet their ecology is very complex.

“…so complete that you cannot see the ground and, at the same time, so brightly enameled with flowers and butterflies that it may well be called a garden-meadow, or meadow-garden.” 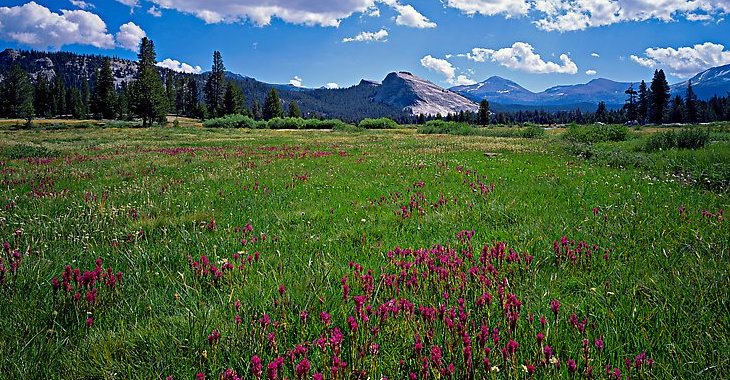 The beautiful meadows of Tuolumne in Yosemite’s High Sierra, which have been undergoing a restoration plan for 171 acres of meadow and riparian areas within the park.
Photo by QT Luong via www.terragalleria.com/parks.

According to an article published by the Yosemite Conservancy, the meadow-gardens were first threatened in the 1850s, when Euro-American settlers came and transported cattle and sheep onto the meadows, planting non-native forage species for grazing purposes. The settlers also stopped anthropogenic burning of the meadows by the American Indians, which historically promoted meadow stability by reducing the encroachment of surrounding forests.

Today, the most notable threats to these beautiful meadows include changes in climate, including less snowpack and earlier snowmelt, and us—the constant flow of people visiting and crossing these meadows, sometimes exploring off-trail. 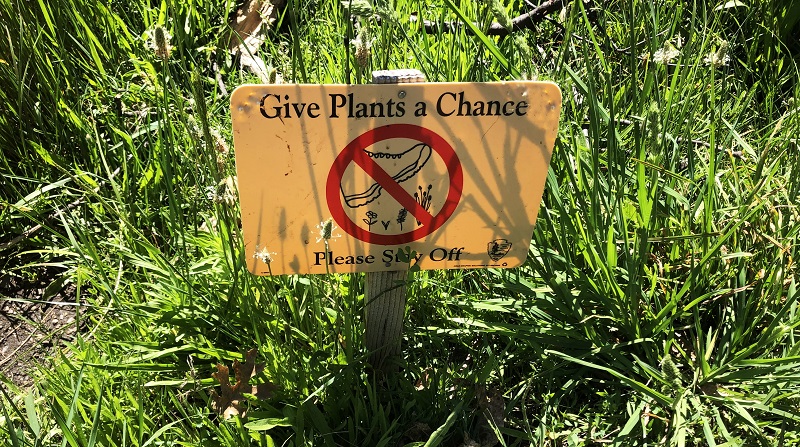 Keep an eye out for signs like this when visiting meadows in Yosemite.
Stay on the trail to conserve the natural landscape.

So, how can we help?

It’s important to protect the meadows before they are too deeply impacted to recover. Hundreds to thousands of people crossing these meadows each year cause stress on the land and its inhabitants, resulting in lasting change. The Yosemite Conservancy asks us to:

We at the gallery ask you to share this conservation message with friends and family, hopefully inspiring others to do the same. Ansel’s “Sierra Meadow” is a gorgeous representation of the magic and abundance of high country meadows.

Let’s work to keep them that way.

Experience another of Ansel’s soft focus photographs, “A Grove of Tamarack Pine,” and the story behind the image.