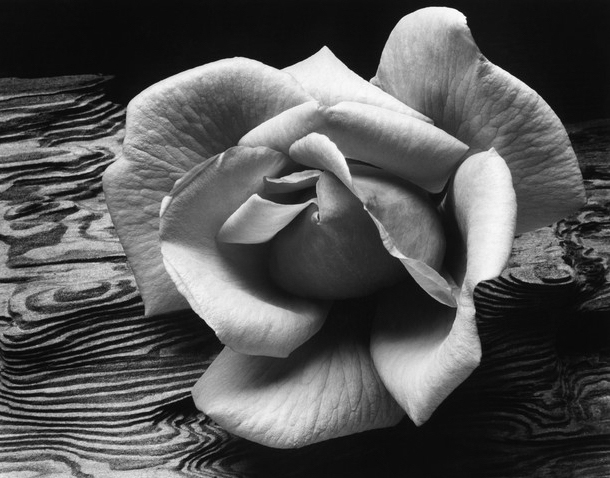 Rose and Driftwood, 1932 by Ansel Adams. Available as a Modern Replica in six sizes.

Rose and Driftwood is one of the few Ansel Adams photographs that might be considered a “still life.” While Ansel carefully considered and visualized the composition of every photograph he made, he rarely arranged scenes specifically so he might photograph them. But, as every artist knows, inspiration can sometimes strike in surprising ways. On a cloudy San Francisco morning in 1932, Ansel was at home when his mother, Olive Bray Adams, clipped a particularly exquisite rose from the family garden. Something about the pale pink rose and the pearly gray light immediately suggested a photograph to Ansel, and he quickly absconded with the rose in search of the perfect background for it.

As Ansel recalls in his book Examples: The Making of 40 Photographs, he ran around the house, pulling objects down from shelves and creating tableau after tableau, but nothing showed the delicate rose in its best light. “Everything I tried—bowls, pillows, stacked books, and so on—was unsatisfactory.” It wasn’t until Adams remembered a piece of driftwood he’d picked up at nearby Baker Beach that the photograph came together. Ansel placed the driftwood on top of two pillows to raise it to the height of the light streaming in from the window, and “the rose rested comfortably upon it,” finally at home against the proper background.

This image, which stands somewhat apart from Ansel’s other work, has been a frequent source of curiosity for students of his photographs. In Examples, Ansel notes that he’s frequently been asked about the sources of artistic influence that led him to create this composition. Though he had seen paintings of other flowers, he had not yet met Georgia O’Keeffe, his great friend and sometime collaborator, and had the opportunity to experience her iconic flower paintings, echoes of which can nonetheless be seen in the delicacy and boldness of Ansel’s rose.

Though making this image presented some new technical challenges—issues of focus, composition, and depth of field—it also represented a breakthrough in Ansel’s understanding of his artistic style and subject. As America’s foremost chronicler of our natural world, Ansel’s work has delighted generations for his unique eye for the beauty of nature—even in sometimes surprising places. Mastering the art of detailed and delicate photographic work helped him capture this beauty with a new sensitivity. As Ansel puts it: “Most of my photographs made before 1930 were of distant grandeurs. But as I learned the inherent properties of camera, lens, filters and exposure, I also gained the freedom to see with more sensitive eyes the full landscape of our environment, a landscape that included scissors and thread, grains of sand, leaf details, the human face and a single rose.”

It’s lucky for us that Olive Bray Adams had the thought to share a gorgeous rose with her son that cloudy morning—for the experience of capturing its delicate beauty transformed Ansel’s appreciation of his greatest subject: the natural world. 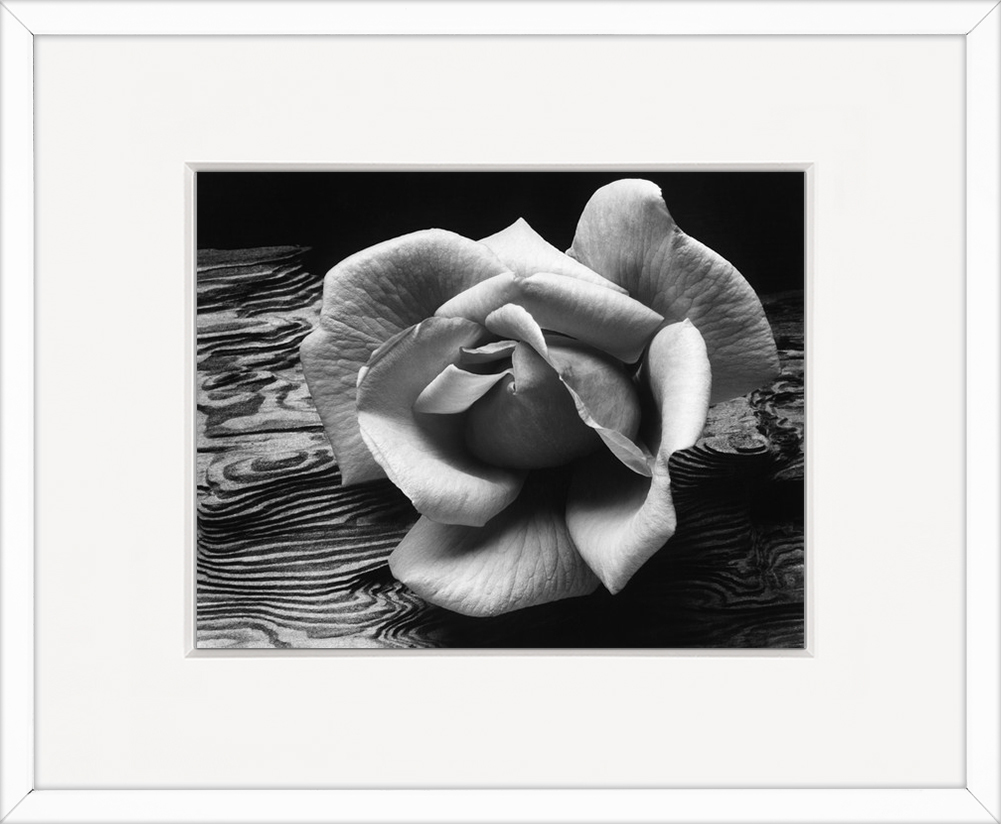