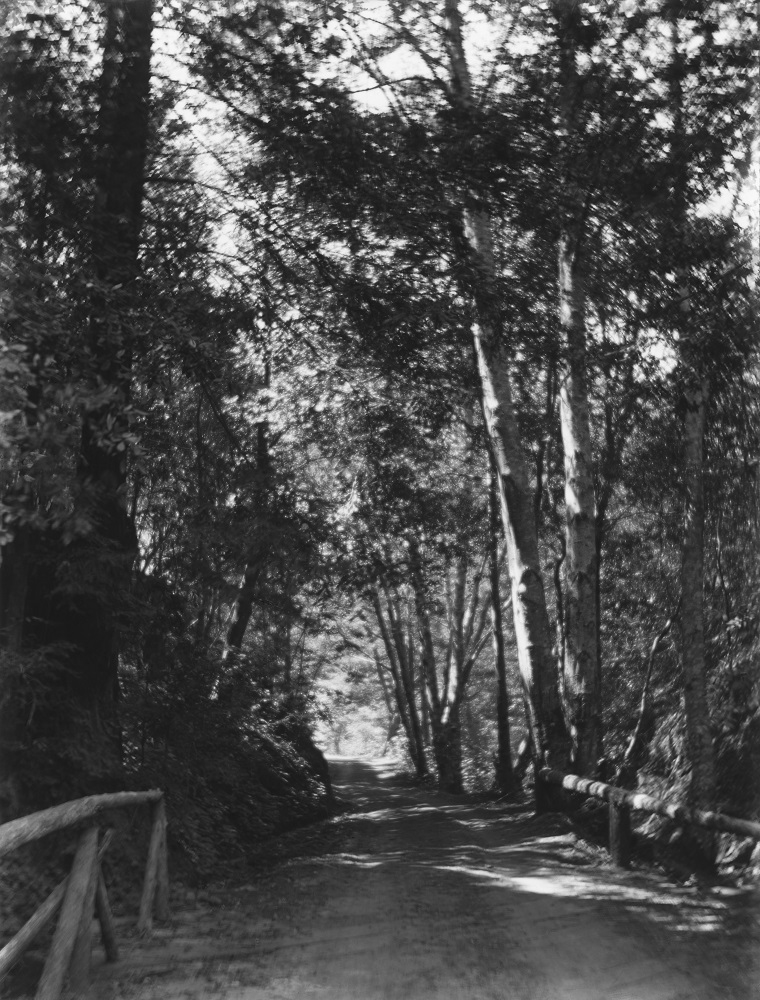 In 1919, when Adams made this photograph, he was 17 years old and experimenting with photography. He was most likely still using the Box Brownie his father gave him in Yosemite in 1916. The standard “art” photography of the day was in the Pictorialist style, an effort to diffuse the natural sharpness of the lens and film and more closely resemble traditional landscape painting. This is one of the very few pieces of the early pictorialist style that Ansel printed later in life, the most well known being the Grove of Tamarack [sic, actually Lodgepole Pines], also known as the Lyell Fork of the Merced from 1921.

Muir Woods would have been a relatively difficult day’s journey, crossing the mouth of the San Francisco Bay by ferry and traveling the next 20 miles of winding dirt road by car, bus, horse, or bicycle. Quite an excursion if the sole purpose was to experiment with the camera. The Adams family has within its collection several pieces of Path, Muir Woods, including a vintage bromoil print that Ansel inscribed to his mother. This is a late print from the family collection, by descent to Anne Helms. It is, obviously, atypical of what Adams was known for, but is an early example of his creativity and natural awareness of composition to achieve a finished work.