A Story From Ansel’s First Visit to Alaska 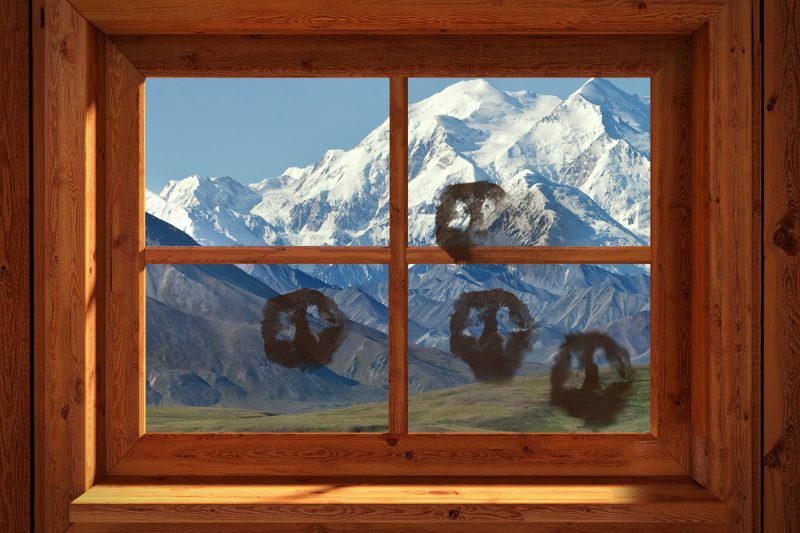 Ansel and his son Michael arrived at Mt. McKinley National Park on the infamous “Moose Gooser”, the Alaska Railroad that ran from Fairbanks through Anchorage to Portage Glacier. The railroad got the name as the railroad bed, raised and hardened through the boggy tundra, was the path of least resistance for most of the wildlife, as long as they were headed in that direction. Moose cover a lot of territory, and generally are not afraid of, nor willing to move for, anything. A railroad horn at close range being the exception. From McKinley Station, they drove out to Wonder Lake with Park Rangers on the first trip of the season.

Ansel and Michael stayed at the Wonder Lake Ranger Station for nearly a week, and being the first human visitors since the fall of 1946, there was some work to do. What they didn’t account for, however, was the evidence of inquisitive and hungry bears. The winterized cabin included a cache of food, of which only the canned goods survived. One or more bears had broken in and gone through the rations. By the time the humans arrived, the bear(s) were nowhere to be found, but in addition to the mess of scattered tables, chairs, canned food, broken boxes, was evidence of their fondness for chocolate. On every window, they had looked out, whether to admire the views or watch for rangers, and left behind perfect chocolate nose prints !