This branch of the Merced River, the Lyell Fork, is one of the most far-flung regions of Yosemite National Park. To reach this secluded spot, intrepid hikers must traverse many miles of trail before veering off to bushwhack down an exposed ridgeline to grasslands below. This remote, secluded place, with its rugged peaks and sapphire lakes, was one of Ansel’s favorite areas of Yosemite National Park. In this photograph, it’s easy to see why: here, the vast, foreboding peaks of the Sierra Nevada give way to the peace and solitude of the river basin below. 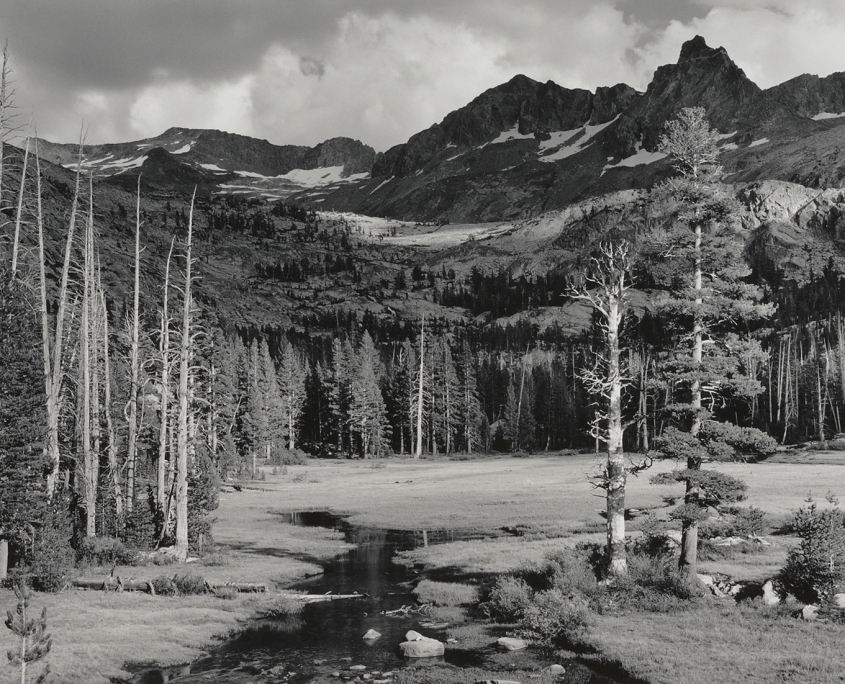 Throughout his lifetime, Adams did all he could to share this gorgeous, little-visited place with his fellow outdoorsmen. In 1933, he led a Sierra Club outing to the Lyell Fork, and together the group became the first ever to climb the then-unnamed peak you can see in this image—a sheer outcropping of rock Ansel called “the Tower in Lyell Fork.” As the group sat around the campfire that evening, tired from the day’s climb, they agreed the peak they’d summited ought to be named after their fearless leader. Despite the Sierra Club’s unofficial christening, it would be more than 50 years later, after Ansel’s death, that the peak would be officially named “Mount Ansel Adams”—due to the U.S. Geological Survey’s rule against naming after living individuals. 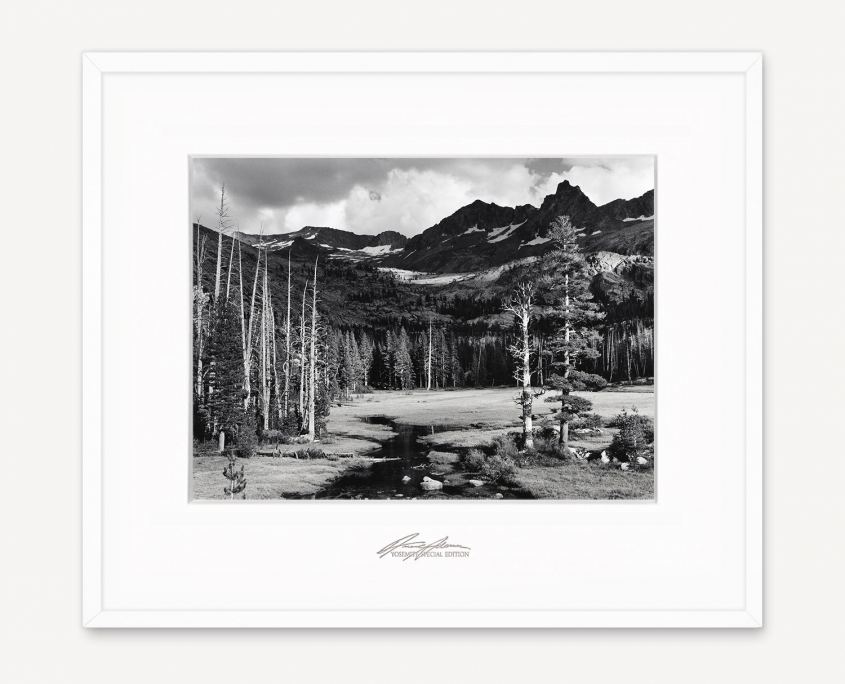 Though the exact date of this image is unknown—there’s some evidence it was made in 1943, though it may have been earlier, in 1938, on a packing trip with Georgia O’Keeffe and David McAlpin—it’s nonetheless one of Ansel’s finest works. Shortly before his death in 1984, Ansel chose it as one of the Yosemite Special Edition Prints, a collection of photographs hand-selected to represent the wonder of visiting the national park.

In keeping with his lifelong love for Yosemite and for this place, after his death, Ansel’s ashes were scattered atop Mount Ansel Adams, which is still a place of pilgrimage for conservationists and photography lovers inspired by his legacy today.