There are few natural landmarks more iconic than Half Dome in Yosemite National Park, known by many through Ansel’s photographs like “Half Dome, Merced River, Winter.” A majestic rock formation that’s almost other-worldly with its steep, sheer face, it’s a focal point of many a Yosemite visitor’s time in the park. 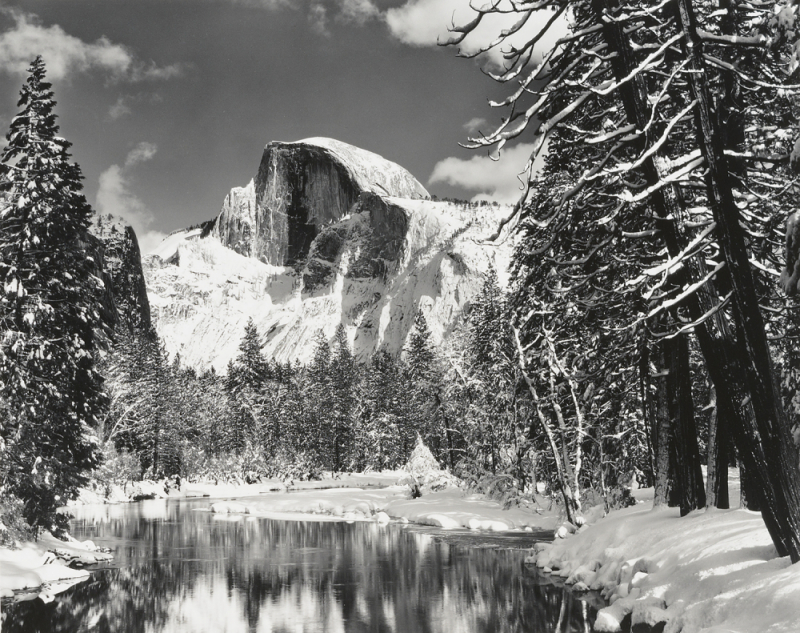 Throughout his life, Ansel Adams was a frequent and enthusiastic visitor and resident to Yosemite National Park, which was a constant source of inspiration. After visiting the park on a family trip in 1916, he returned every year to explore, trek, and photograph both its popular and little-known treasures. Despite Ansel’s deep acquaintance with the park, this striking view of Half Dome rising above the Merced River Valley would have been an especially familiar one. 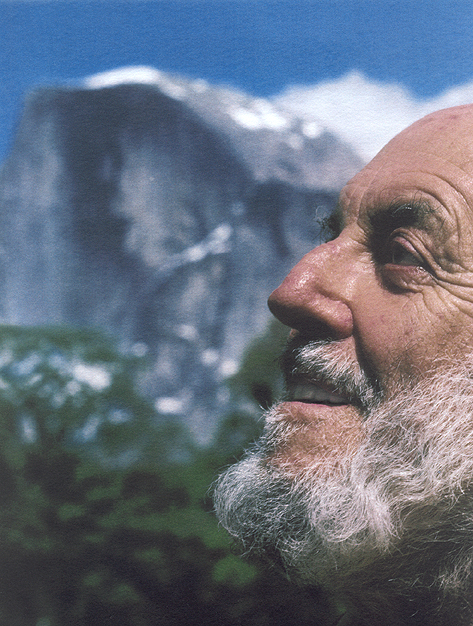 Ansel and Half Dome, photograph by Jim Alinder
Courtesy of the Adams Family Archives

Pausing to take this photograph from halfway across the Old Sentinel Bridge in 1938, Ansel would have been just steps away from the site where Best’s Studio, the photography studio operated by Ansel’s father-in-law, the landscape painter Harry Best, once stood. Though Ansel admired Harry’s artistry, one wonders if the many nights a teenage Ansel spent playing the piano in his studio might have had more to do with Harry’s daughter Virginia, who often sang along. Seven years after they met in Best’s Studio, Ansel and Virginia were married there—this time, in its new location near the Yosemite Valley Visitor Center. 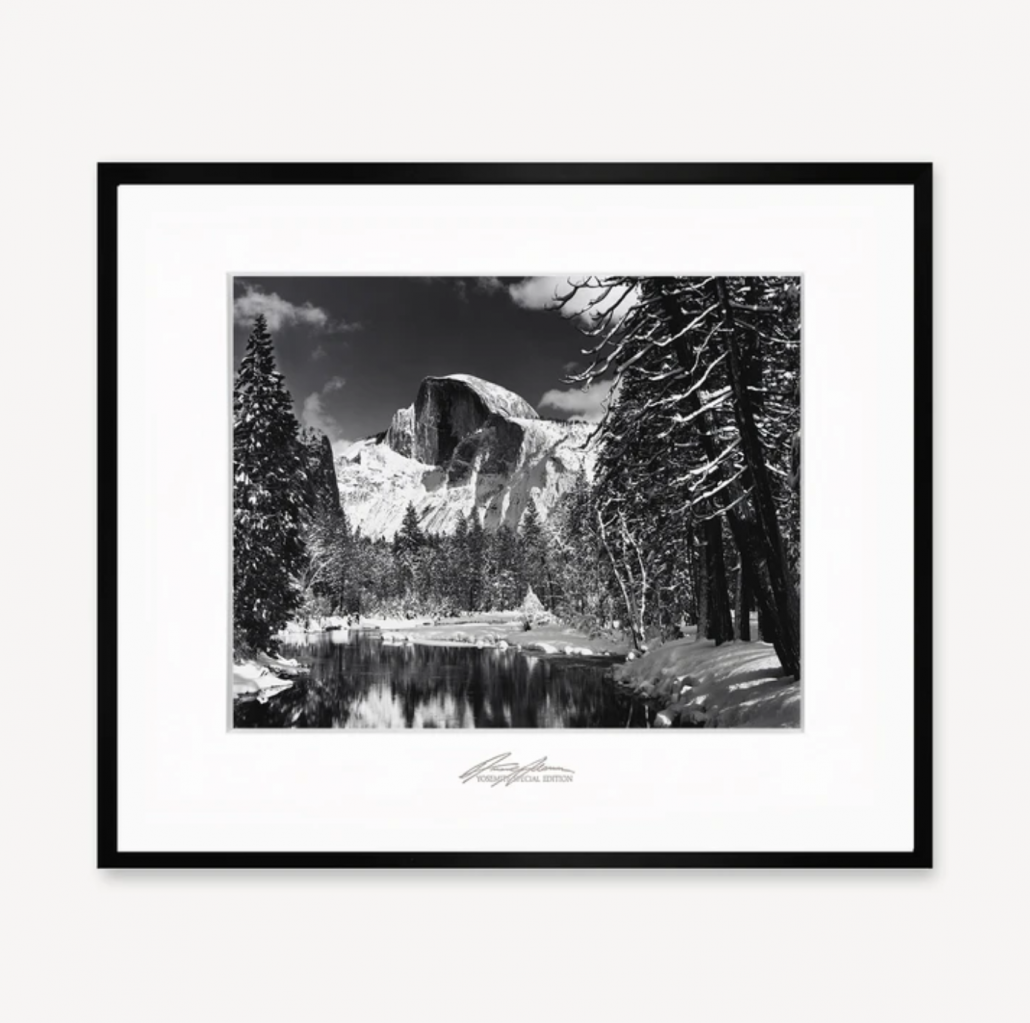 This striking image, which showcases the dignified curve of Half Dome as it’s blanketed by winter snow, has become one of Ansel’s most iconic photographs. Though Ansel rarely wrote about it, it’s easy to imagine the significance of this special spot for Ansel and his family. He would go on to make a giant 38’ x 60’ print of this image to hang over the fireplace in the new Best’s Studio, where it remained for many years.

Though the Old Sentinel Bridge is long gone, replaced with a new, state-of-the-art one in 2000, photographers still flock to this spot in all seasons to try their hand at capturing their spin on one of Ansel’s most memorable images. For the especially intrepid (or waterproof) photographer, Sentinel Bridge is a popular put-in for innertubes, kayaks, and all sorts of inflatable craft, where visitors can float down the river for an up-close and personal view of the light reflecting off Half Dome.

Read more of the Story Behind the Image series.