Piazzoni was a Swiss-born American landscape painter, muralist and sculptor of Italian heritage, and a key member of the school of Northern California artists in the early 1900s. Born in Intragna, Switzerland, Piazzoni moved at the age of 15 to his father’s dairy farm in the Carmel Valley. He studied at the prestigious Académie Julian and Ecole des Beaux Arts in Paris, then returned to California to begin his career. Art critic Ray Boynton wrote that “One finds in Gottardo Piazzoni an artist, a landscape painter, who is also a poet and a philosopher and sometimes a prophet. His conception of landscape is idyllic. He is a romanticist whose methods are realistic.”

Specializing in landscapes in a muted palette, scholars consider Piazzoni among the “Tonalist.s” He sought out the lighting effects of certain times of day, taking a “special interest in full moonrises, the viewing of which became a family ritual. Venturing up a hill, the family would cheer the appearance of the moon. Piazzoni knew the exact time for each moonrise and kept precise records.” This, the fact that Gottardo was a highly respected member of the Northern California Artists, along with his gentle personality, may have influenced Ansel Adams respect for Gottardo.

His best known murals are on permanent exhibition in San Francisco’s de Young Museum and it is thought that he might have been an influence in encouraging Ansel to print in larger, mural formats. It is no wonder Ansel chose this image to be part of his Portfolio Six edition. 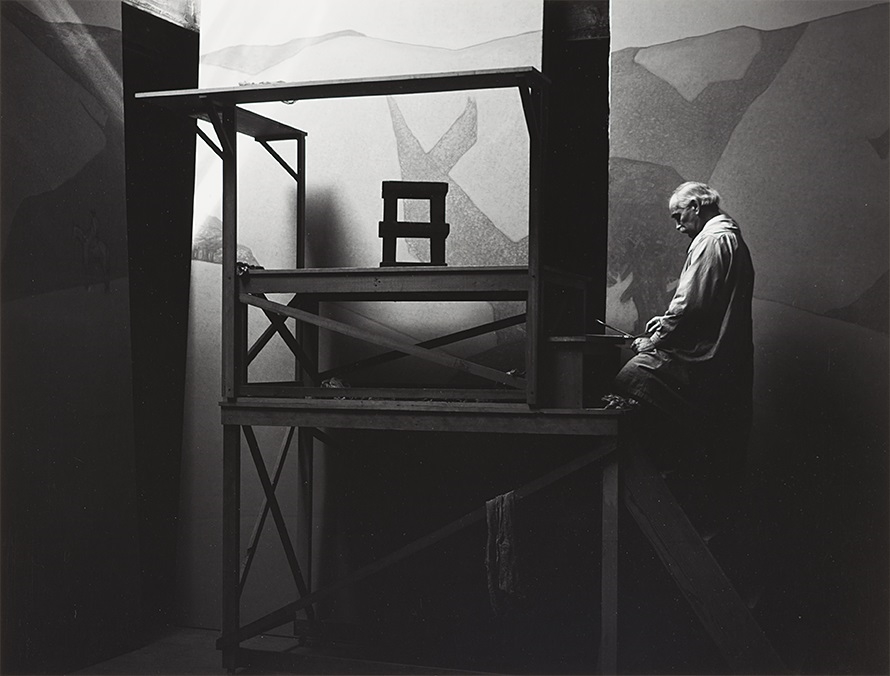 Gottardo Piazzoni
OTHER WRITINGS BY ANSEL ADAMS
Scroll to top