Though Ansel Adams is most well known for his legacy as an artist and creative ambassador for the American West, his legacy as an environmentalist is no less robust. A devoted conservationist, Ansel was among the Sierra Club’s earliest and most exuberant members, joining at the young age of 17. In just 1919, Ansel joined the fledgeling Club as custodian of their headquarters in Yosemite National Park, beginning what would become a lifelong relationship, and one that would lead him to capture his renowned photograph, “Frozen Lake and Cliffs.” 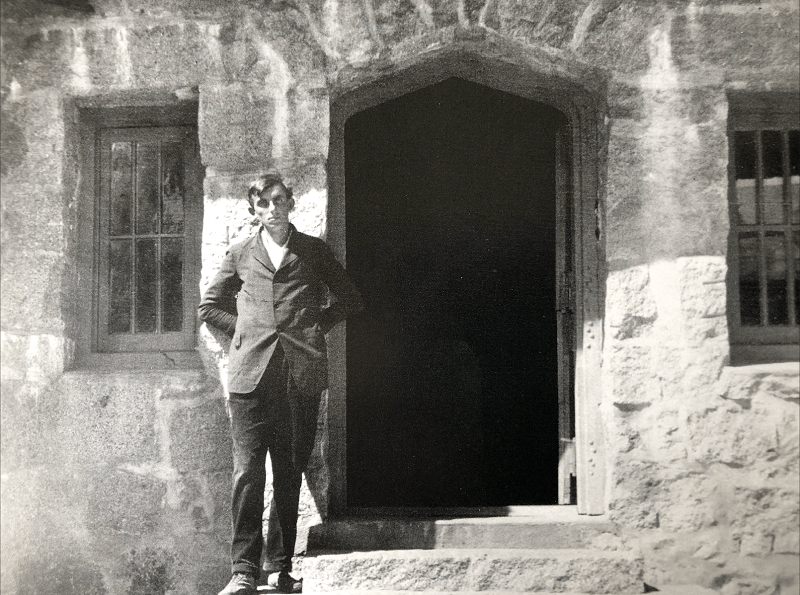 For more than a hundred years, the Sierra Club has introduced thousands of adventurers to the joy of the outdoors.

During much of Ansel’s lifetime, the club’s annual High Trip was the pinnacle of many an outdoorsman’s year. Groups of more than 200 eager participants would explore the wilderness, learning the principles of conservation and respect for nature that would inspire generations of environmentalists to come. In 1932, Ansel was leading one such High Trip on an expedition through the High Sierra. Though the trip embarked during the dog days of a hot July summer, they quickly ascended to the range of the Kaweah and Kern River watersheds, where they were greeted by frozen lakes and snow-capped mountains. 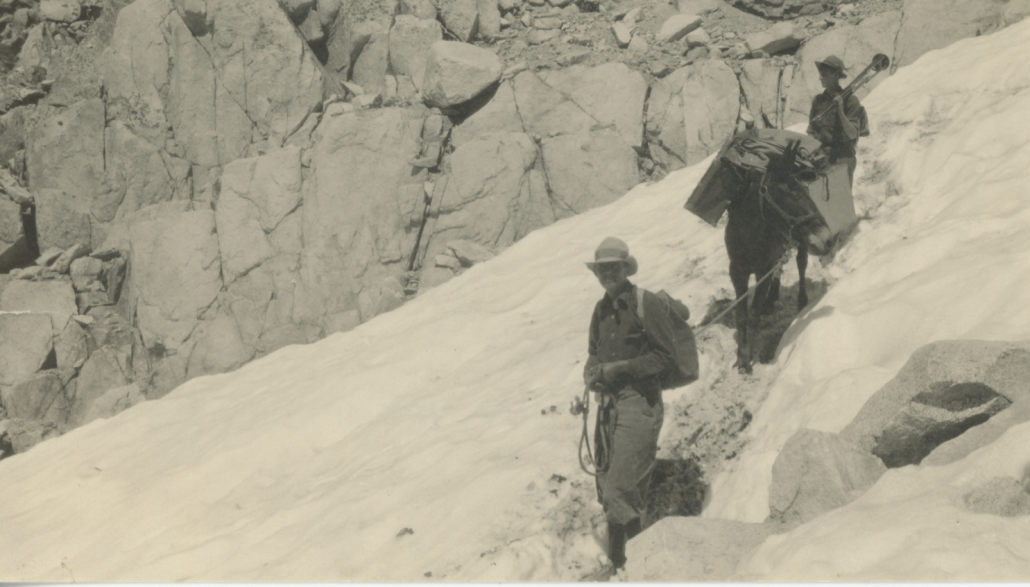 While on the long trek over the spectacular Kaweah Gap, Ansel noticed a partially frozen lake nestled among snowbanks that clung to the jagged walls of the cliffs.

Struck by the stark contrast of bright snow and dark shadow, he stopped to make a photograph with his 4 x 5 Korona View camera. Though his trademark Zone System was about eight years in the future, Ansel nonetheless knew he had immediately visualized the image he wanted to create before he had even reached for the camera. 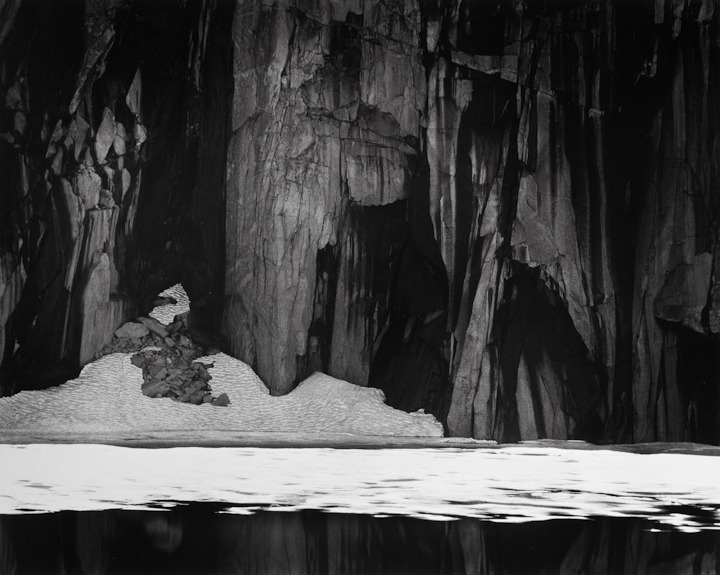 As his trip-mates marched along the trail, Ansel lingered, musing his way around the exposure problem presented by the blinding reflection of sun on snow.

Despite the challenging conditions, Ansel knew he had captured something great. Reflecting on the experience of the trip in Examples: The Making of 40 Photographs, he recalled: “On the day that this photograph was made there were several other photographers nearby, some very good ones who were far more technically advanced than I. The scene was before us all, but no one else responded with creative interest.” Looking at the photograph he created, with its dramatic shadows, abstract geometric shapes, and strikingly tender use of light and reflection, it’s easy to imagine why his companion Cedric Wright, a fellow photographer and expeditioner, saw Ansel’s print and exclaimed: “Jeez! Why didn’t I see that!” 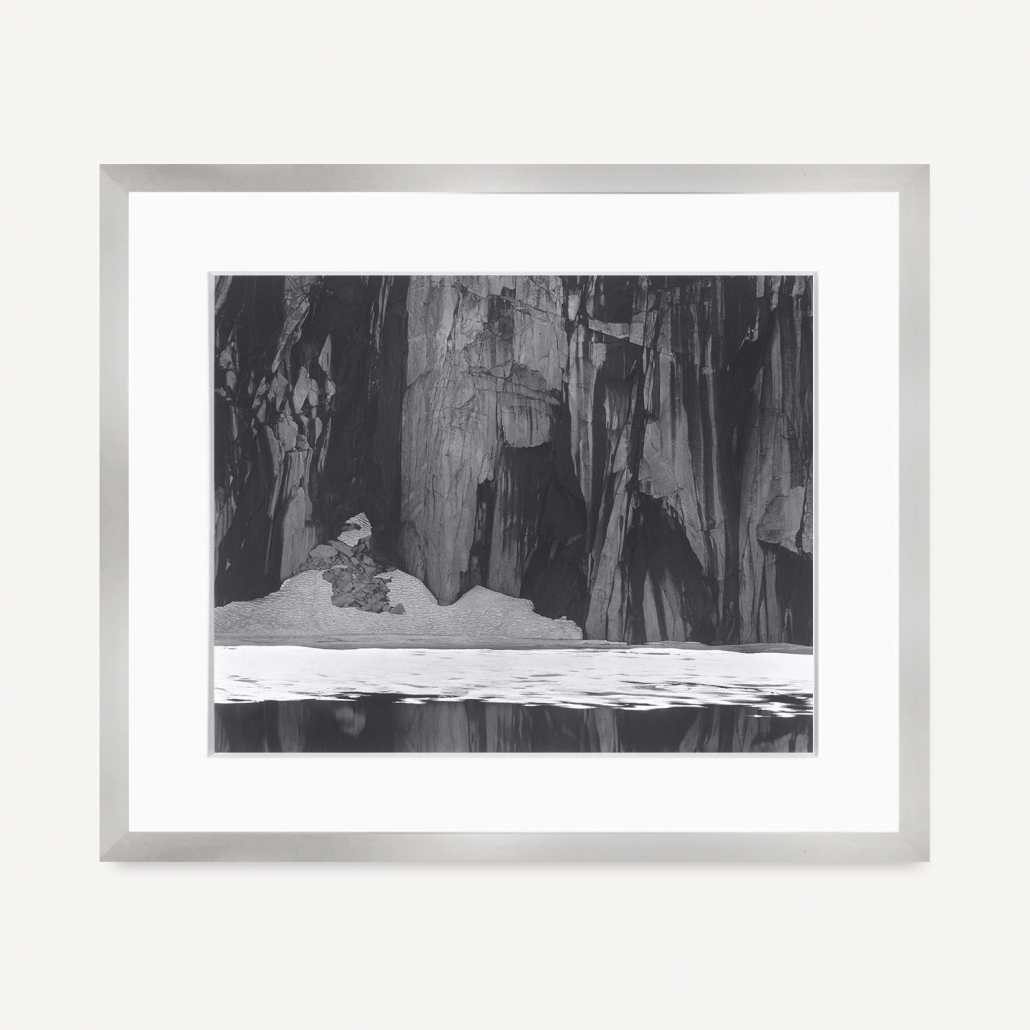 Today, Ansel’s image is a beautiful testament to the value of paying careful attention to the world around us, whether we’re trekking in the High Sierra or merely walking around the block. Who knows—there could be something extraordinary lingering just below the surface.

Explore more of Ansel’s work from Yosemite and the High Sierra.

EXPLORE THE MAP SHOP THE COLLECTION VIEW THE BOOK