The story behind Ansel Adams’ “Cathedral Peak and Lake” brings us back to the long friendship formed between Ansel and renowned artist Georgia O’Keeffe. Perhaps no two artists have had a greater impact on the cultural imagination of America’s wilderness. Though Ansel’s medium was photography while O’Keeffe’s was painting, both, in their own way, captured the style, emotion, and drama of exploring the landscapes of America. It’s no surprise that they were not only great admirers of each other’s artistic works, but close friends and frequent companions. 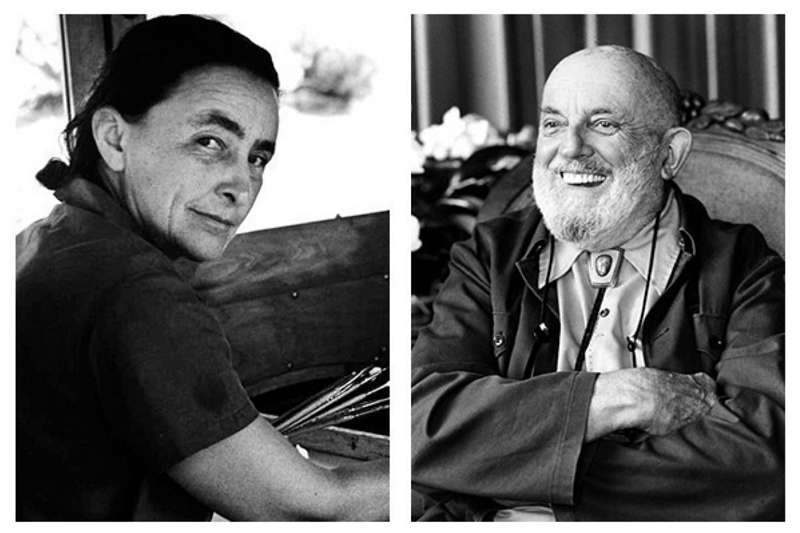 After meeting in New Mexico in 1929, Ansel and O’Keeffe frequently met up to travel across the Southwest and in Yosemite in the years that followed. One such trip, in September of 1938, saw Ansel leading not just O’Keeffe, but also the noted philanthropist and grandson of William Rockefeller David McAlpin, along with his cousins, Godfrey Rockefeller and his wife Helen. As they set out on the ten-day tour, Ansel, accustomed to hauling much of his photographic equipment himself or with the assistance of a lone pack mule, must have marveled at the size of their train, which included four hired hands and no fewer than fourteen mules. The luxuries of camping with the Rockefellers might have made this one of history’s first ever “glamping” trips. O’Keeffe, whose trips west were her way of escaping from the pressures of living amongst the cultural literati of New York, might have been dismayed to find the luxuries of the city following her every step! 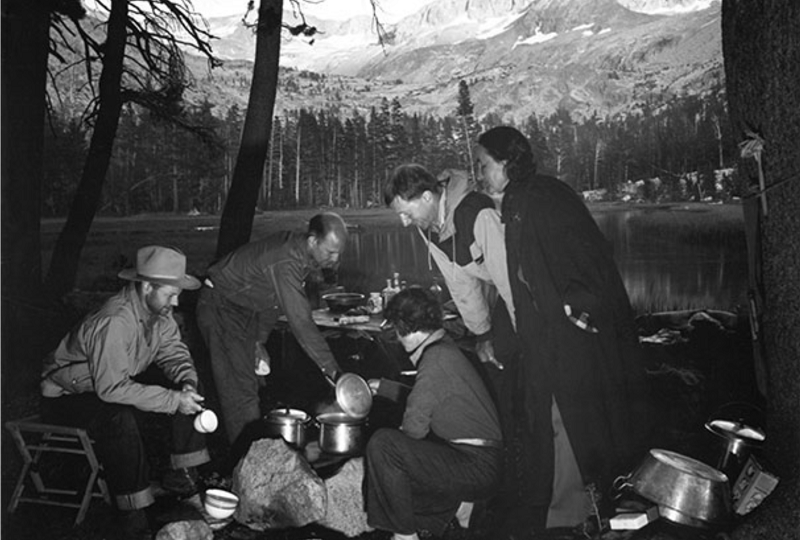 The image of “Cathedral Peak and Lake,” taken during the journey, perhaps best encapsulates the irony of the expedition. It’s a striking depiction of the danger and grandeur of the High Sierra, capturing the resolute Cathedral Peak standing proudly before a dark swell of gathering clouds. The dark shadows that fall across the top of the peak, barren of even the scrubby pines that dot the lower reaches of the mountain, convey the ruggedness of climbing it, apparent even from across the icy lake. 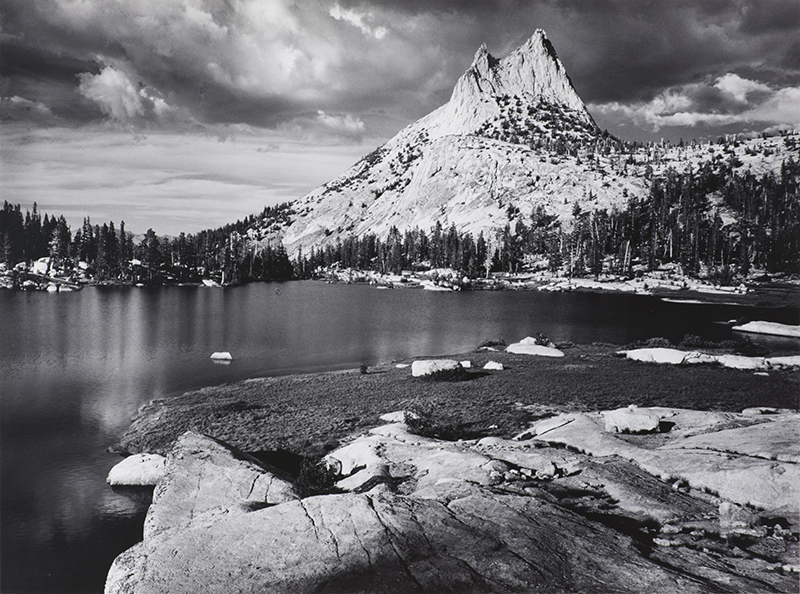 Looking at the image, it’s difficult to imagine a train of fourteen mules and nearly ten people waiting behind Ansel, just out of frame. And, to reconcile the remoteness of the image with the fact that this vantage point stood only four miles from Tuolumne Meadows, an accessible trailhead.

But as with so much of Ansel’s work, the spirit of the image is a testament to the value of his artistry, conveying such depth of emotion from the manipulation of light, shadow, and exposure alone. 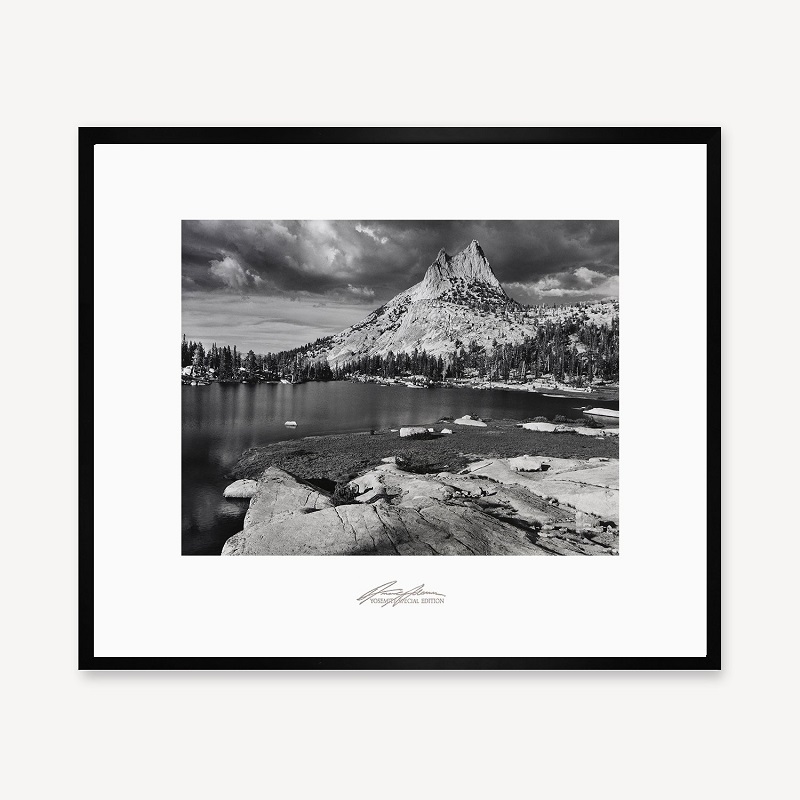 Satisfied with the photograph, Ansel meticulously noted the exposure, equipment, and other details of its creation, save one crucial detail: the date! As a result, when this image was selected to appear in Ansel’s Portfolio IV, “What Majestic Word,” a collection of what he considered his strongest work, it was printed alongside the highly erroneous date of 1960. As Ansel noted in Examples: The Making of 40 Photographs, “Because of my unfortunate disregard for the date of my negatives, I have caused considerable dismay among photographic historians, students, and museums—to say nothing of the trouble it has caused me.”

View “Cathedral Peak and Lake” by Ansel Adams.
Explore the collection of Ansel Adams Yosemite Special Edition Photographs.
Read more stories like this in our Gallery Blog, The Ansel Insider.