On first traveling to Canyon de Chelly in 1937, only six years after its establishment as a national monument, Ansel Adams thought it to be the most beautiful place on earth. Astonished by the “beautiful, flowing patterns” of the sand dunes, he wrote to his wife, Virginia Best:

“The Canyon de Chelly exceeds anything I have imagined at any time!” Inspired to return again and again over his career to photograph its unique rock formations and colorful sandstone cliffs, Ansel wrote in his autobiography: “Some of my best photographs have been made in and around the rim of the canyon.” 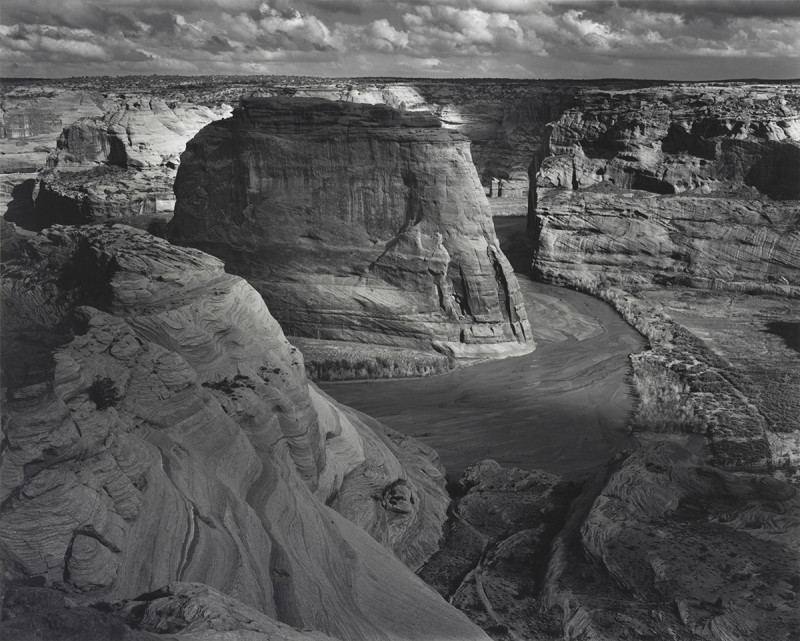 The Canyon de Chelly National Monument is located in northeastern Arizona, near the Four Corners region where the borders of Utah, Colorado, New Mexico, and Arizona meet at a single point. More importantly for the history of the monument, it is located within the Navajo Nation, making it the only National Park Service area to be jointly managed with the Navajo Tribal Trust. Its name is derived from the Dine’ word tseyi’, meaning “canyon,” which became “de Chelly” in the Spanish pronunciation and was adapted into English.

While its geographical features are unmistakably ancient and timeless, the monument serves an important historical purpose, preserving the ruins left by the indiginous peoples who lived in the canyon from as early as the 12th century B.C.—and whose descendants still live there today. 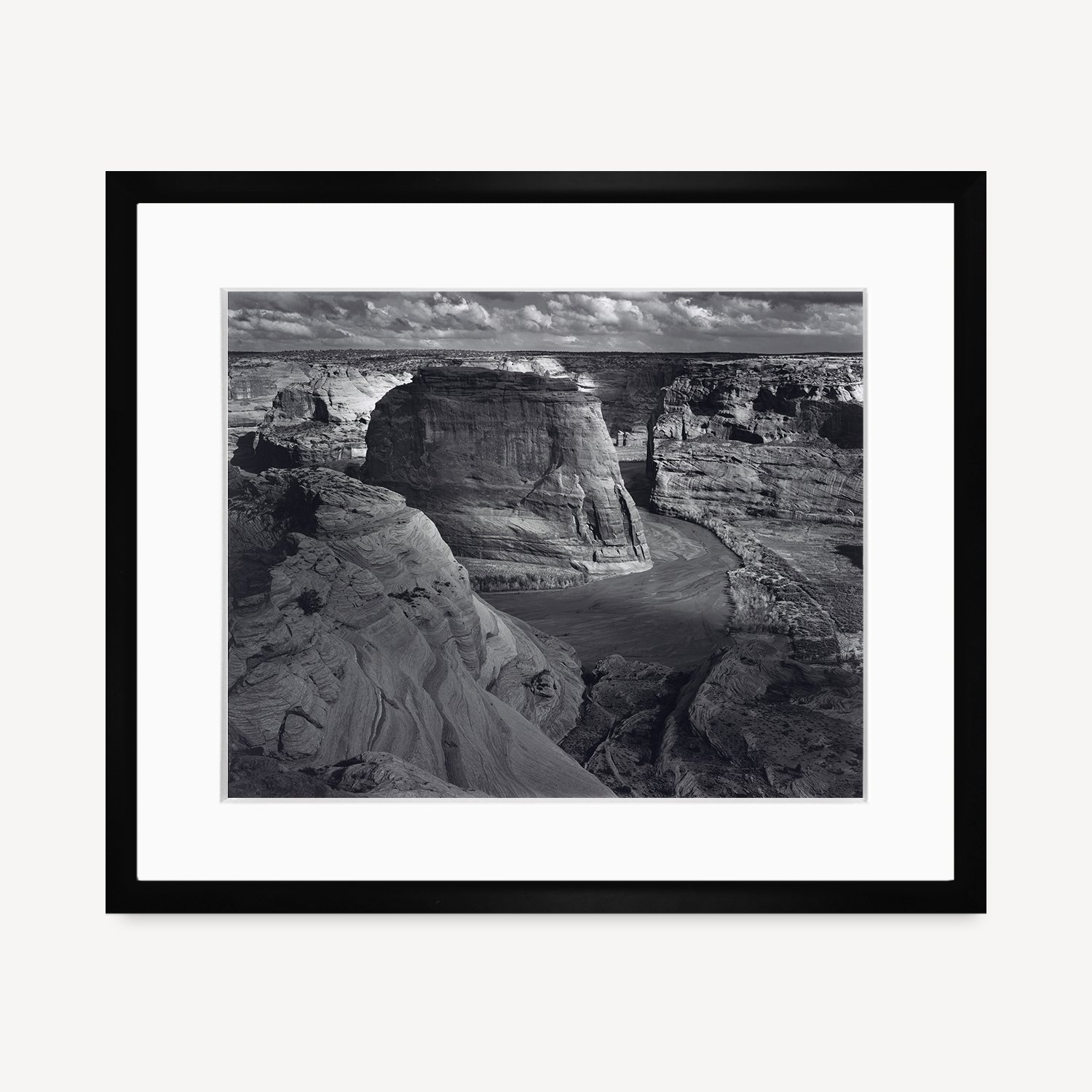 Though Ansel was a tireless advocate for the preservation of America’s wilderness through the National Park system, his dedication to our shared natural heritage didn’t just extend to its forests and mountains. Through his photography of Native peoples, homes, and cultural artifacts, Ansel sought to document a then-underappreciated aspect of American history: the rich cultures that had flourished in these places centuries before the arrival of Europeans to our shores.

This image, which contrasts the wispy stripes of the sandstone cliffs with the rolling clouds overhead, was taken from White House Trail, the only public trail into the canyon, which is still inhabited by the Navajo/Dine’ people and is largely reserved for their use. In Ansel’s composition, it’s easy to imagine these formations as they stood for millenia, cut by once-roaring prehistoric rivers, and battered by wind, sand, and rain. Despite the elements, they rise proudly from the desert, a reminder to us all of nature’s antiquity.

As the Native poet Simon Ortiz wrote of the monument:

Lie on your back on stone
the stone carved to fit
the shape of yourself.
Who made it like this,
knowing that I would be along
in a million years and look
at the sky being blue forever?