Bridalveil Fall, which plunges more than six hundred feet to the trail below, is often one of the first natural features to greet visitors to Yosemite National Park. Its year-round splendor and relatively accessible location make it one of the Park’s most popular and memorable attractions. In Spring and Summer, when melting snow brings the fall to its peak, the thundering waters produce a cloud of mist which envelopes all onlookers—and which, said to resemble a bride’s translucent veil, gave the fall its poetic name. The Ahwahneechee people, who lived for centuries in Yosemite Valley, called the fall Pohono, meaning “spirit of the puffing wind.” Regardless of the name you use, the effect is the same—of an ethereal plume of mist that seems to burst from the bottom of the fall, perfuming the area with the scent of wet slate. 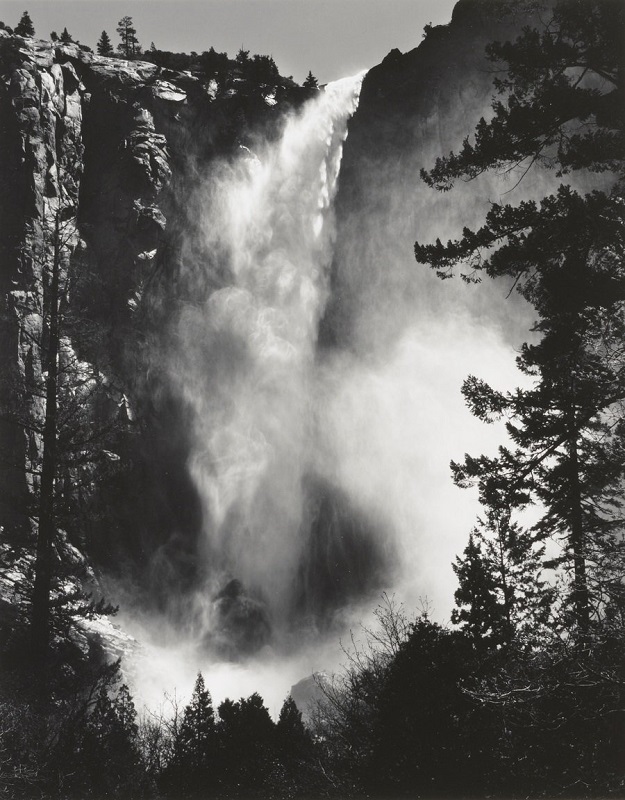 When Ansel Adams created this photo around 1927, he would have felt the mist, and perhaps feared for his equipment as he set up his shot.

Ansel made this image with a 6-½” by 8-½” Korona View Camera. At the time, Ansel was developing the technique he called “visualization”—the process of translating the inspiration for a photograph into a mental image of the photograph you intend to make. As he later wrote of the process,

“Visualization is a conscious process of projecting the final photographic image in the mind before taking the first steps in actually photographing the subject. Not only do we relate to the subject itself, but we become aware of its potential as an expressive image.” 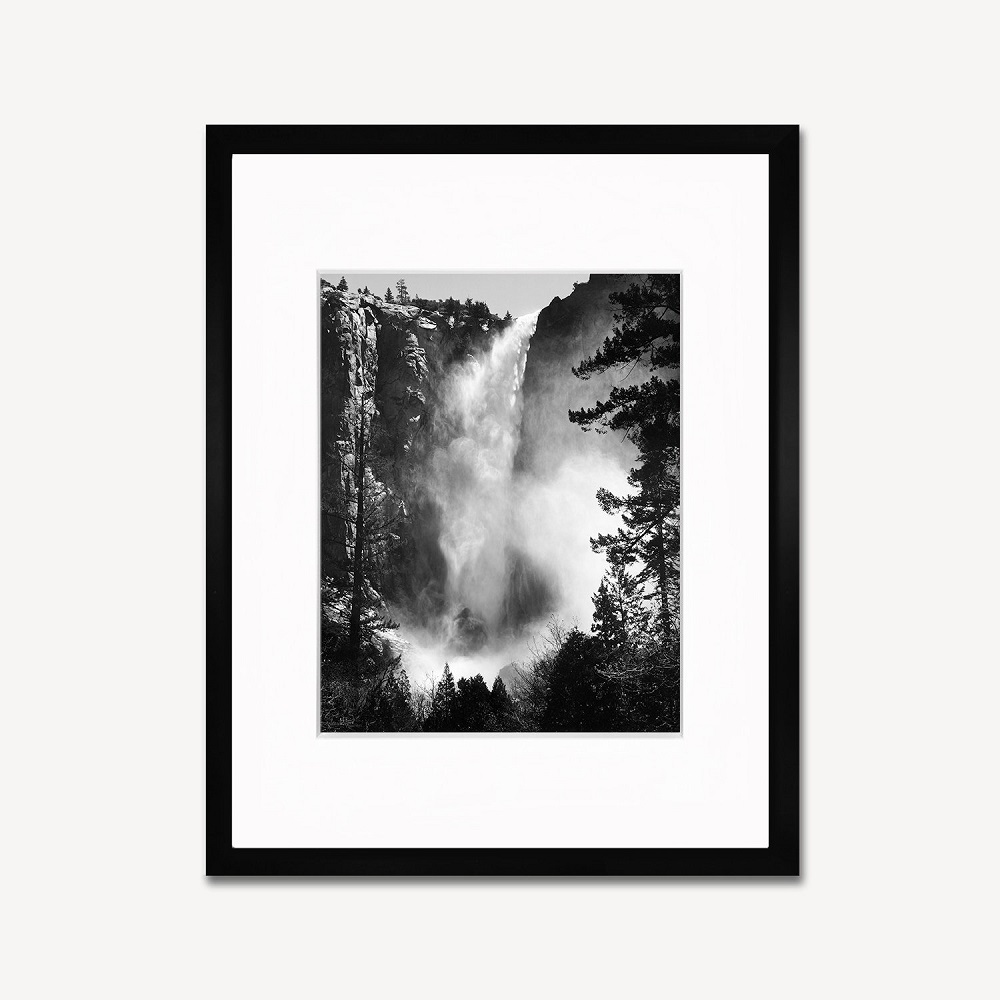 In this highly expressive image, the fruits of visualization are clear. Not only did Ansel capture the drama of the fall, all white water against the shadowy cliffs, but he perfectly rendered the other-worldly appearance of the curling mists that gave the fall its many names. Perhaps his intuitive sense of the majesty of the place came from family lore as well as from artistic inspiration: in 1901, Harry and Anne Best, the parents of Ansel’s wife Virginia Best, were married at its base. Whether for its sentimental importance or its indisputable artistic strength, Ansel considered this image one of his finest, and selected it for inclusion in the Museum Set portfolio, a retrospective of what Ansel viewed as his strongest work.