Sometimes the opportunity to make a photograph comes along when you least expect it. So it was for Ansel Adams, who was returning from a disappointing trip to Arizona’s Canyon de Chelly when he stumbled upon the grove of aspens pictured here. Despite the ubiquity of these slender trees, the most abundant native tree in North America, Ansel was immediately struck by the appearance of their splendid leaves, which the fall weather had turned a brilliant gold. As Ansel wrote in Examples: The Making of 40 Photographs:

“I immediately knew there were wonderful images to be made in the area.” 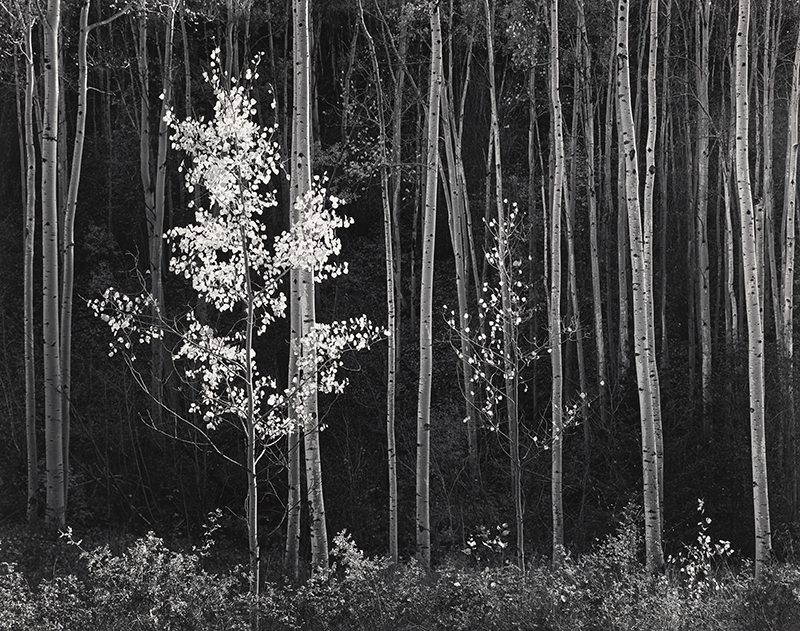 Ansel Adams, “Aspens, Northern New Mexico”
Modern Replica, Digitally Mastered Print from Ansel’s Original Photograph
Available in a variety of sizes, up to 42×56”
Priced from $149 to $2,499 depending on size and framing

He immediately leapt from the driver’s seat, leaving his wife, Virginia, in the car. Flanked by Gerry Sharpe and Don Worth, his photographic assistants, he recalls: “within a few minutes, we three photographers were busy with our particular visions.” If Virginia resented the unplanned delay, Ansel’s account certainly doesn’t say so—but it’s likely the beauty and the serenity of the scene made it a pleasant stop for any traveler. As Ansel recalls:

“We were in the shadow of the mountains [north of Santa Fe], the light was cool and quiet and no wind was stirring. The aspen trunks were slightly greenish and the leaves were a vibrant yellow. The forest floor was covered with a tangle of russet shrubs. It was very quiet.” 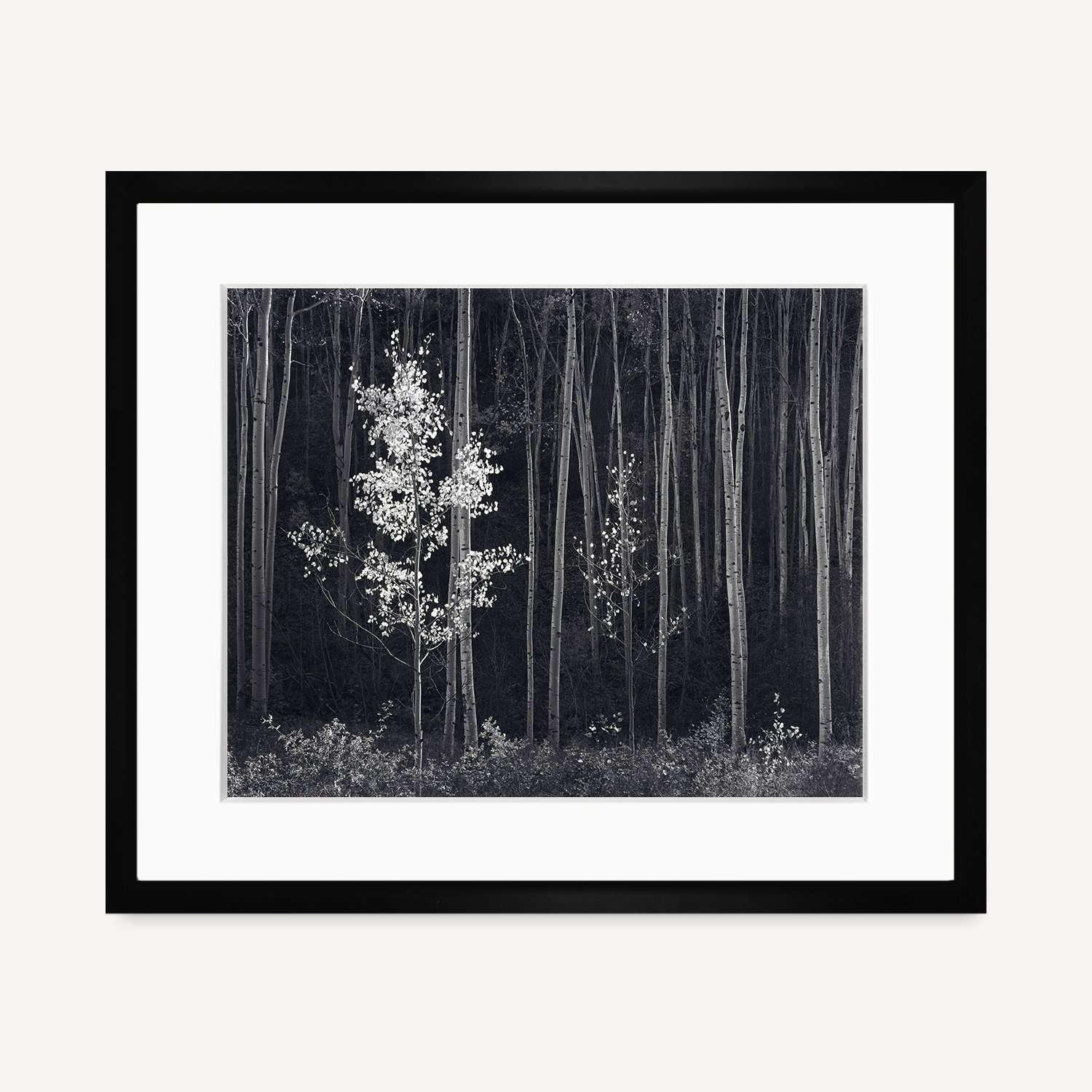 Though Ansel first contemplated shooting the image on color film—his Canyon de Chelly trip had been to take a color photograph using a new color film for the Eastman-Kodak company—he instead made a black-and-white exposure, visualizing a sharper, stronger contrast between the shadows of the forest and the brilliance of the aspens’ leaves. Thankfully, no wind stirred the trees, allowing him to make the relatively long, one-second exposure required. The result was the surprisingly austere beauty of the “Aspens” image, which suggests the pleasant indifference of a shady grove to its human visitors. As Ansel recalled of the images he took that afternoon: “I do not consider them ‘pretty’ scenes, for they are cool and aloof and rather stately.”

While the strong contrast of the image has tricked many viewers into believing them moonlit shots, to Ansel, the image was less a testament to the way the aspen grove looked than to how it felt. In sharing his photographs with a wider public, Ansel wished to bring them with him on his journeys through the wilderness, making the contemplation of his images an experience as much as an artistic act. As he once recalled of a trip through the high country,

“There are no words to convey the moods of those moments.”

For the millions who have been transported by Ansel’s images, his photographs are all the words we need.