Ansel Adams’ Afternoon Sun, Crater Lake captures one of America’s greatest national landmarks—Oregon’s Crater Lake—in all its glory. The image portrays both the grandeur of the Lake, but also the silent stoicism of its surroundings. 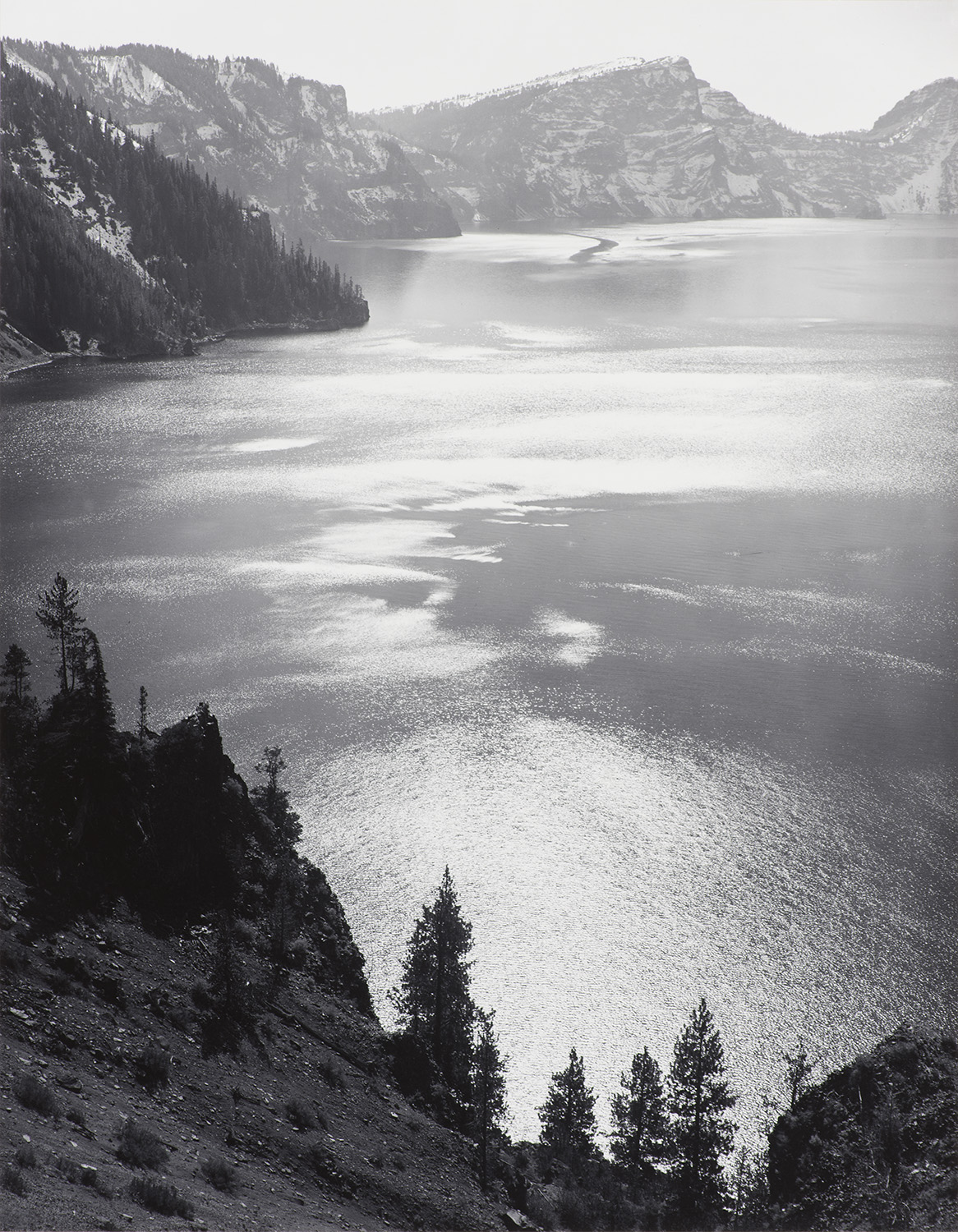 Captured in 1943, the image demonstrates Ansel’s unique mastery of light and dark. Framed on all sides by snowy peaks, the shimmering Crater Lake stands in stark contrast to the trees in the foreground, which are bathed in darkness. Of course, the image’s very title is a bit of a misnomer. The sun, nominally the subject of the work, doesn’t even appear in the image; rather, the sunlight’s reflection off the lake’s crystal-clear waters takes the spotlight. 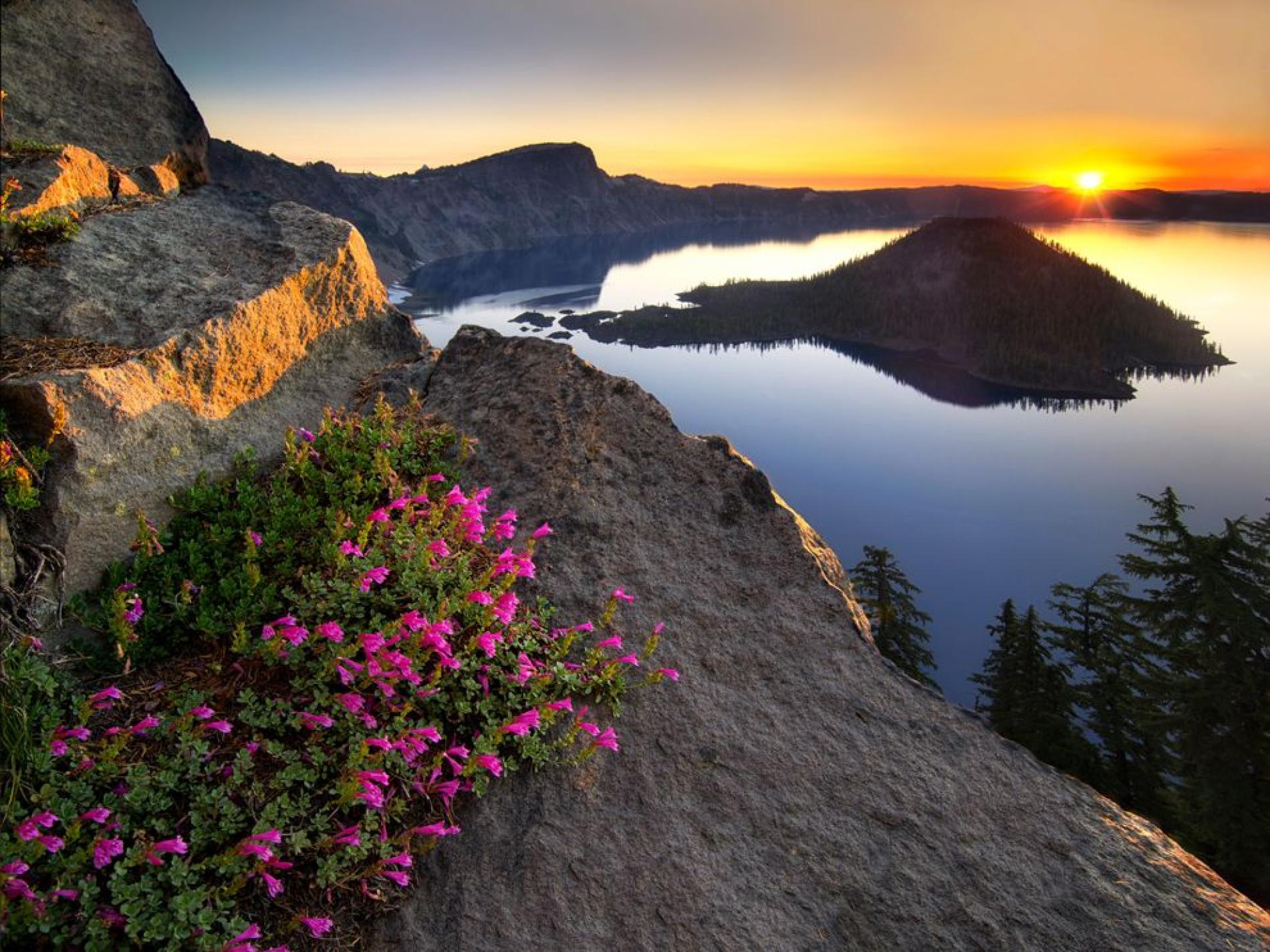 And indeed, those pristine waters have fascinated human beings for millennia. Formed during the cataclysmic eruption of Mount Mazama 7,700 years ago, Crater Lake is the deepest lake in the United States (the bottom lies 1,943 feet below the surface) and its waters are some of the clearest in the world.

For the Klamath people, descendants of the Makalak Native Americans who lived in the area around Crater Lake—or Giiwas—for thousands of years, the lake enjoyed a special significance. Used extensively in ceremonies and “vision quests,” according to Makalak legend, the lake was formed in an epic dispute between Llao, the spirit of the mountain, and Skell, the spirit of the Sky. 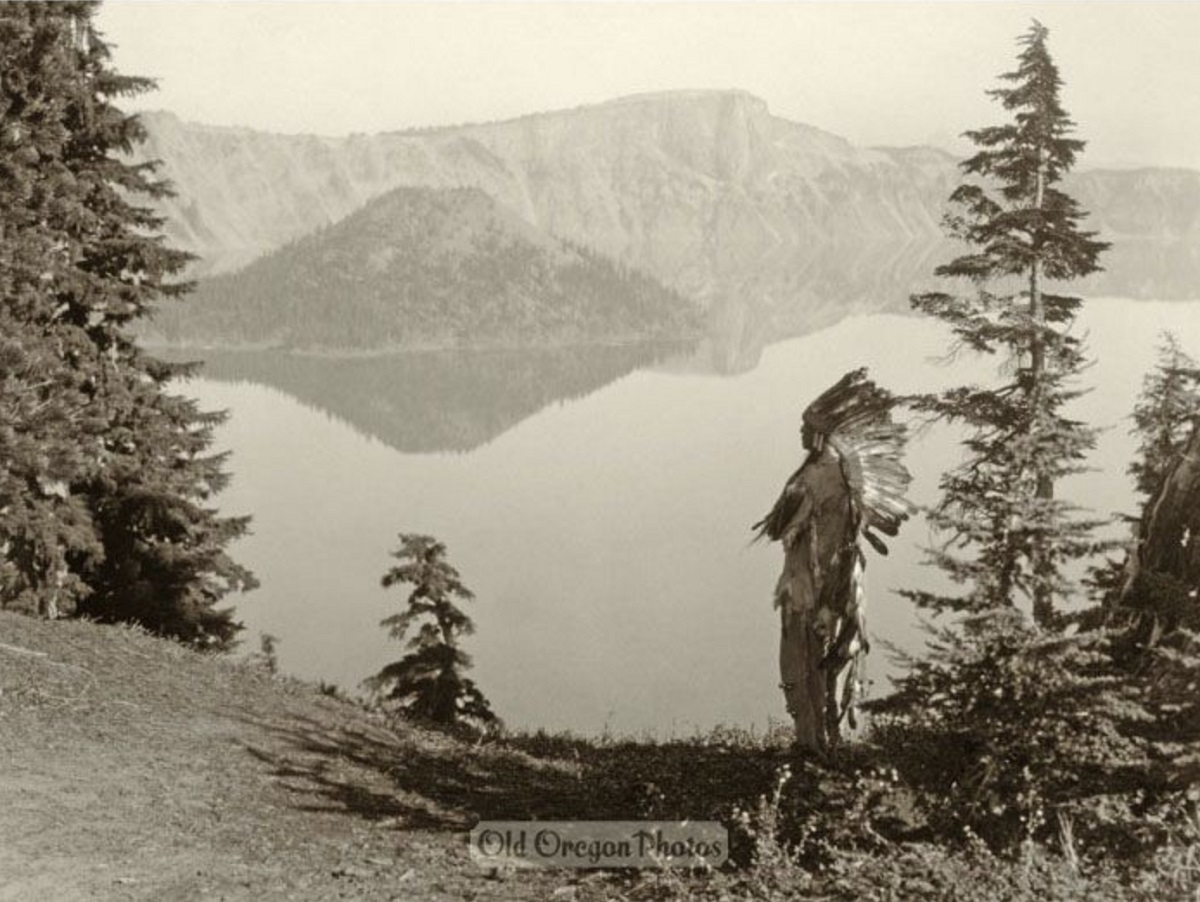 Spurned by a beautiful Makalak princess, Llao vowed to destroy the Makalak people with an eruption of fire from Mount Mazama. Skell, attempting to defend the people from Llao’s rage, waged an epic battle against Llao, hurling hot rocks and causing firey landslides. When two Mazama holy men sacrificed themselves, diving into the fiery pit at the top of Mount Mazama, Skell was moved by their bravery, and drove Llao back into the earth. When the dust cleared, the top of mount Mazama was gone. All that remained was a giant crater, which soon filled with rain. Crater Lake was born.

But although Crater Lake has captivated human beings for millennia, its pristine waters may not be crystal-clear forever. Illegal dumping and an increase in tourism all threaten to turn the once-clear waters brackish. Attempts to cut down acres of old-growth forest around the lake may further upset the site’s delicate ecosystem. 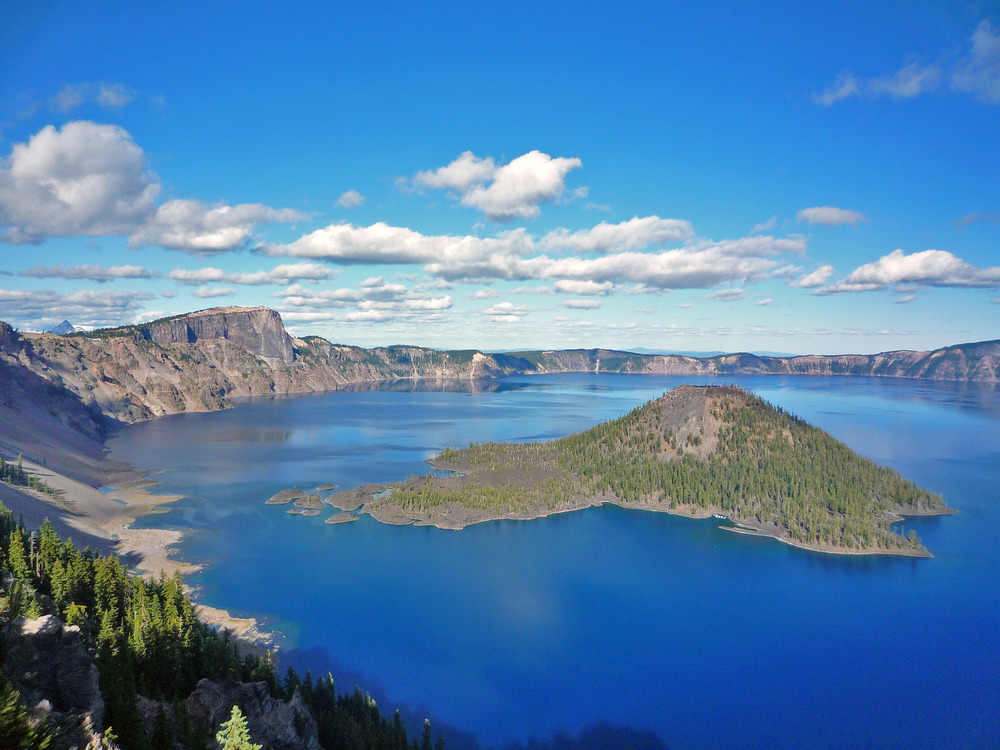 Summertime at Crater Lake, Courtesy of the National Park Service

The COVID-19 pandemic is also having a negative impact. With indoor activities deemed unsafe, tourists are turning out in droves to see America’s National Parks. But the increased foot traffic has been met with severe cutbacks in park staffing, and park staff is concerned that visitors are bringing prohibited gear—like kayaks, inner tubes, and wetsuits—into the lake, which could introduce non-native organisms or invasive species. Increased tourism also means—however unfortunately—an increase in litter around the lake’s shores.

Stories like these stand in stark contrast to Ansel’s photograph. The placid appeal of Afternoon Sun, Crater Lake reminds us not only of the beauty and serenity of our country’s wild spaces, but also of their delicate, fragile existence. Born—quite literally—in fire, Crater Lake lives on a knife’s edge. If we do not protect it, it may not be ours forever.